O God, look down from heaven, we pray 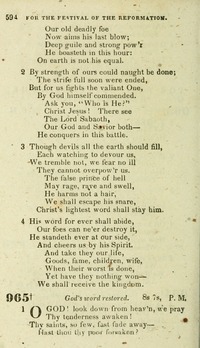 O God, look down from heaven, we pray

Ach Gott vom Himmel, sieh darein. Martin Luther. [Ps. xii. ]. This free rendering of Ps. xii., adapted to the times, which Bunsen (Versuch , 1833, p. 854) calls "a cry for help from the Church founded on the Word of God for protection against its contemners and corrupters," was probably written in 1523 and first published in the Etlich cristlich lider , Wittenberg, 1524, in 6 stanzas of 7 lines. The seventh stanza, a doxology, was added in Eyn Enchiridion, Erfurt, 1524, but has not been translated into English.
Lauxmann, in Koch, viii. 521-526, relates that Dr. Sprütze, or Sprengel, of Magdeburg Cathedral, had gone by request of the Romish authorities to preach at Brunswick three sermons which were to uproot the Lutheran heresies. On the 22nd Sun. after Trinity, 1527, he preached on the parable of the Unmerciful Servant (St. Matt, xviii. 23-35) and declared salvation by good works. At the end of his sermon, a citizen began to sing this hymn, and as the whole congregation joined in, the discomfited priest at once left the pulpit, and never again preached in Brunswick. Again, on the 2nd Sun. in Advent, 1529, a preacher in St. Jacob's, Lübeck, exhorted to prayers for the dead, when two boys began this hymn, and the congregation following, sang the whole. Lauxmann adds that stanza iv. comforted P. J. Spener when he heard it sung on his entering the church at Frankfurt-am-Main, at a time when days looked dark for the Church of Christ; that, when summoned to Dresden to occupy the responsible post of Court preacher, he was cheered by being saluted with it in the first Saxon village he entered; and that in Dresden it was often, at his request, sung by the scholars before his door.
Translation in common use:— 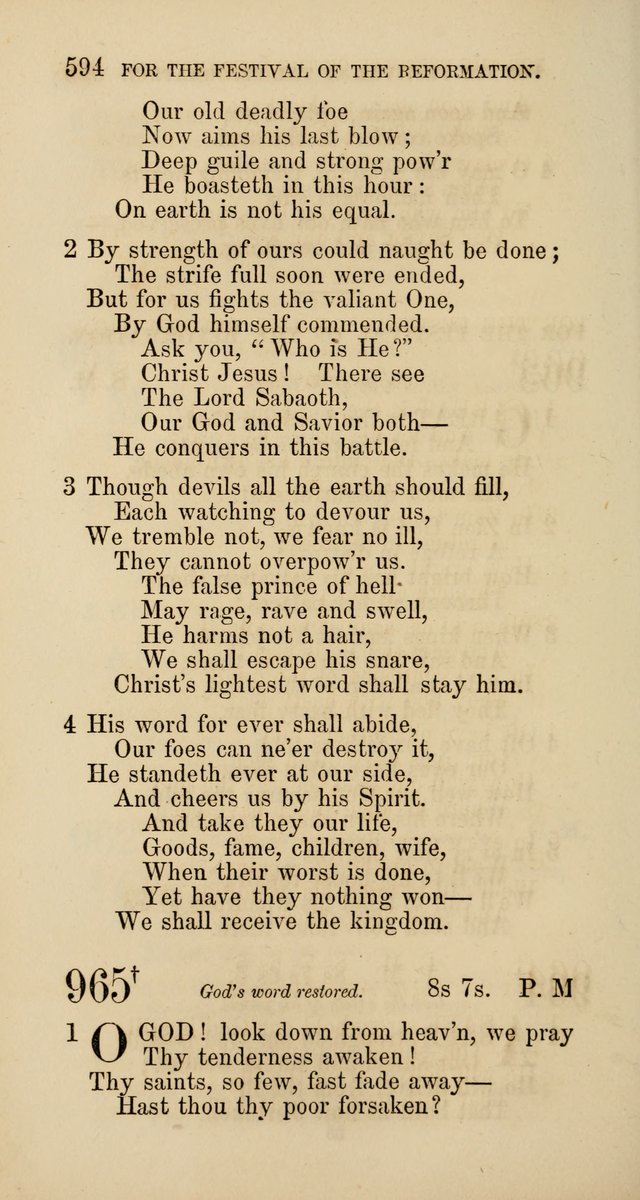