Morning: The Lord Is My Portion 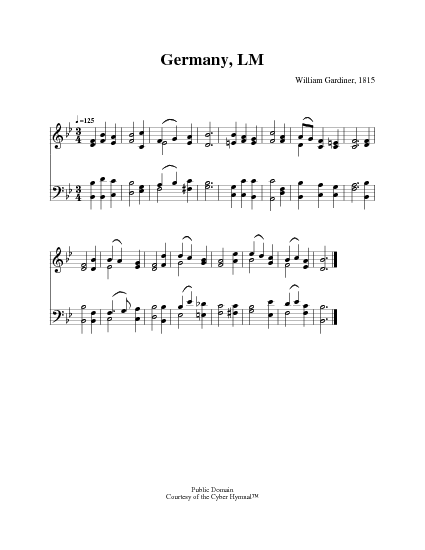 O God, my God, my all Thou art

1 O God, my God, my all thou art,
Ere shines the dawn of rising day,
Thy sovereign light within my heart
Thine all enlive...
Thine all enliv'ning pow'r display.


2 In blessing thee with grateful songs,
My happy life shall glide away,
The praise, that to thy Name belongs,
Hourly with...
Hourly with lifted hands I'll pay.


3 Abundant sweetness, while I sing
Thy love, my ravish'd soul o'erflows.
Secure in thee, my God and king,
Of glory that...
Of glory that no period knows.


4 Thy name, O Lord, upon my bed,
Dwells on my lips and fires my thought.
With trembling awe in midnight shade,
I muse on all...
I muse on all thine hands have wrought.

Source: Urania: or a choice collection of psalm-tunes, anthems, and hymns, from the most approv'd authors, with some entirely new; in two, three, and four parts... #176

O God, my God, my all Thou art. [Psalms lxiii.] This translation, by John Wesley, of a version of the 63rd Psalm, by an unknown Spanish author, was first published in J. Wesley's Collection of Psalms and Hymns, 1738. This was an enlarged edition of the Psalms and Hymns previously published by him at Charles-Town, printed by Lewis Timothy, 1737. The tr. was again published in the Wesley Hymns and Sacred Poems, 1739, p. 196, in 10 stanzas of 4 lines (Poetical Works, 1868-72, vol. i., p. 174.) In 1780 it was included in the Wesleyan Hymn Book, No. 425, with the omission of stanza iv., "In holiness within Thy gates." Curiously enough, this stanza, as "O Lord, within Thy sacred gates," is the opening stanza of a cento from this hymn given in several modern collections, including the Hymnary, 1872, the Hymnal Companion, 1870 and 1876, and others, together with many American collections. This cento is in Elliott's Psalms and Hymns, 1835, and is probably much earlier. Dr. Osborn says, in his note on this hymn (Poetical Works, vol. i., p. 174.) "

This noble version of Psalms lxiii. was inserted in the book of 1738, and therefore probably translated in America. The Spanish author is unknown."

"This hymn is from the Spanish, translated by John Wesley when he was in America in 1735."

Although there is much to strengthen Dr. Osborn's suggestion, that the translation was made in America, we have seen no proof that it was made there in 1735; and somewhat against it is the fact that the hymn is not in the Charles-Town Collection of Psalms & Hymns, 1736-37. Bishop Bickersteth's note on the cento, in his Hymnal Companion (annotated edition, 1880), is well deserved :—

"This very beautiful version of part of the 63rd Psalm is varied from the translation of a Spanish version by J. Wesley. It seems to the Editor one of the most melodious and perfect hymns we possess for public worship."

The use, both of the Wesleyan Hymn Book text, and of the cento, "O Lord, within Thy sacred gates," is extensive, especially of the latter.

HURSLEY is a Protestant French Huguenot melody by an anonymous composer.

All tunes published with 'Morning: The Lord Is My Portion'^ top

Urania: or a choice collection of psalm-tunes, anthems, and hymns, from the most approv'd authors, with some entirely new; in two, three, and four parts... #176 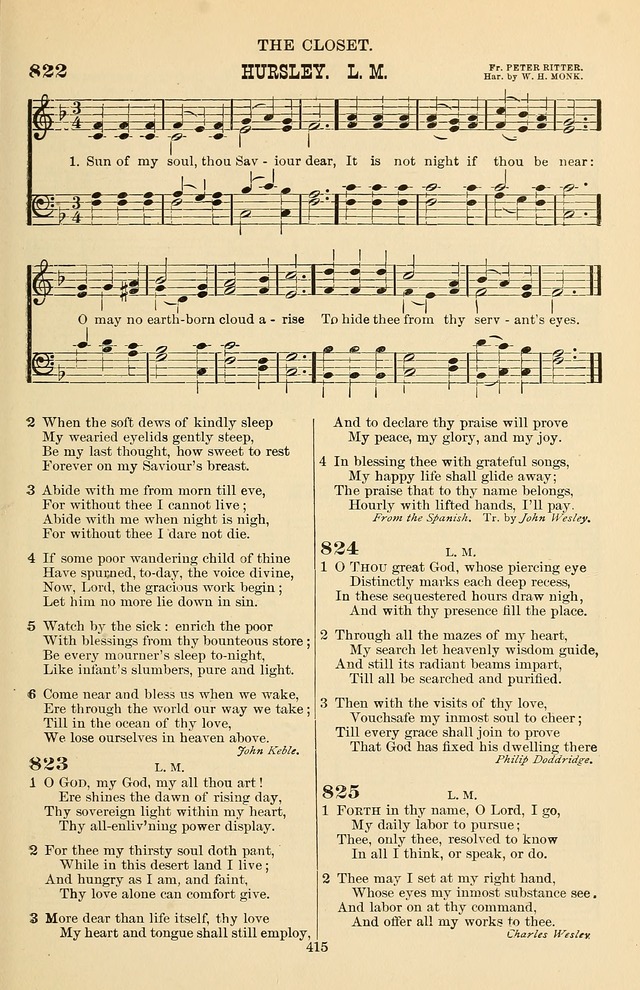