O God, to our repeated cries 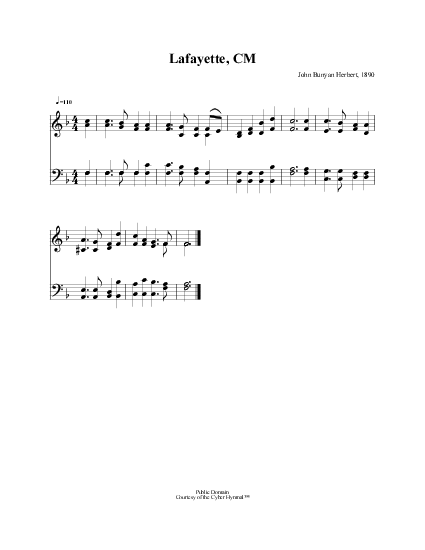 O God, to our repeated cries

1. O God, to our repeated cries,
No longer silence keep;
Hold not thy peace, as unconcerned,
Nor let thy vengeance sleep.
2. For lo, thine enemies, O God,
Have a fierce tumult made;
And those, that impiously thee hate,
In pride lift up the head.


3. Against thy people they consult,
And all their craft employ;
Their chief design's thy hidden ones
Entirely to destroy.


4. "Come, said they, let us wholly root
The nation from the ground;
That Israel's hated name, no more
Be in remembrance found."


5. Together they, with one consent,
In counsel, have combined;
These differing nations, close in league,
Against thee, Lord, are joined.
6. There's Esau's sons, who dwell in tents,
Ishmael's rejected line,
Moab, of incest eldest brood,
With Hagar's Arabs join.


7. Strong Gebal, Ammon, Moab's kin,
With Amalek conspire;
The lords of Palestine's sea coast,,
And with them wealthy Tyre.
8. Proud Asbur's powerful troops, the league,
And common cause, espouse;
These prove the strongest arm of strength,,
To Lot's apostate house.


9. But let such vengeance on them fall,
As Midian overtook;
As Sisera, and Jabin, felt,
At Kishon's fatal brook.
10. Where all their mighty numerous host,
Were put to rout, and slain;
Who left their carcasses for dung,
On Endor^s fertile plain.


11. As Zeb, and Oreb, make their chiefs,
Like vengeance seize them all:
As Zeba, and Zalmunna, fell.
May all their princes fall.
12. Who boasting, said, "Let's seize for ours
Each house of God we find."
13. My God, to ruin whirl them round.
As chaff before the wind.


14. As raging fire consumes the woods,
With flames the mountains blaze.
15. So with thy tempest them pursue,
And with thy storm amaze.
16. Their faces fill with shame, that they
May seek Jehovah's name.
17. Or them confound, and terrify,
Until they dye in shame.


18. The nations then shall know, that thou.
To whom alone pertains
The name Jehovah, art Most High,
O'er earth's extended plains.

All tunes published with 'O God, to our repeated cries'^ top 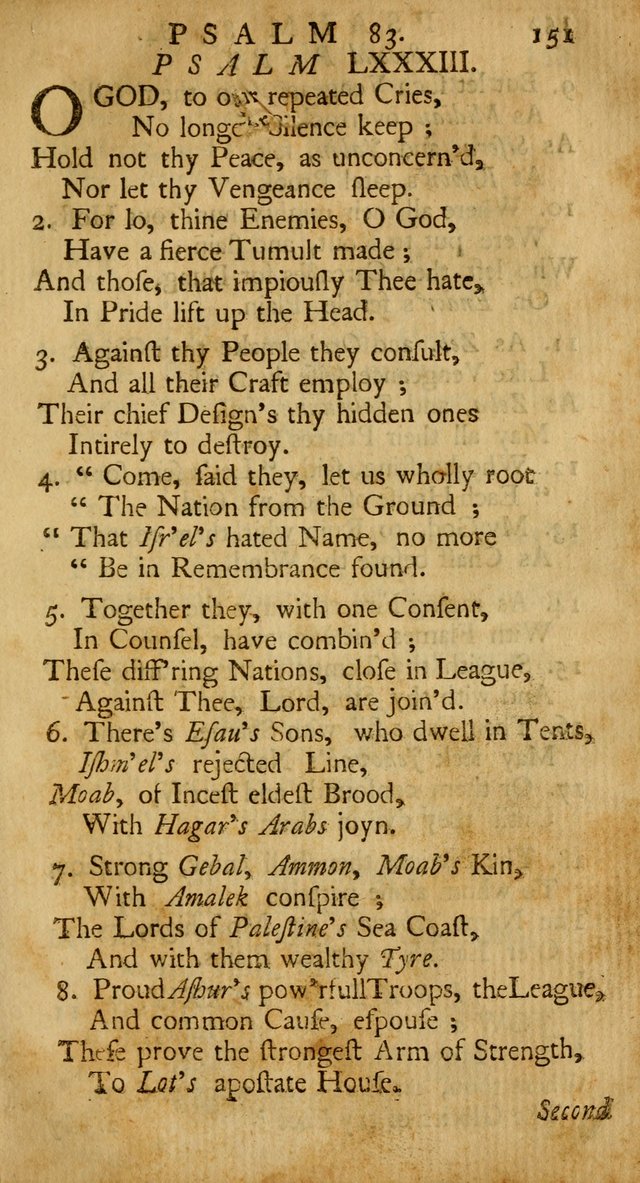 View Page
A New Version of the Psalms of David: Fitted to the Tunes Used in the Churches, With Several Hymns Out of the Old, and New, Testament (1752), p.160
^ top