O Lamb of God most stainless!

O Lamb of God most stainless! Who on the cross didst languish

1 O Lamb of God, most holy,
On Calvary an off'ring;
Despised, meek, and lowly,
thou in Thy death and suff'ring
Our sins didst bear, our anguish;
The might of death didst vanquish;
Give us Thy peace, O Jesus!


Source: The Hymnal and Order of Service #90

All tunes published with 'O Lamb of God most stainless!'^ top 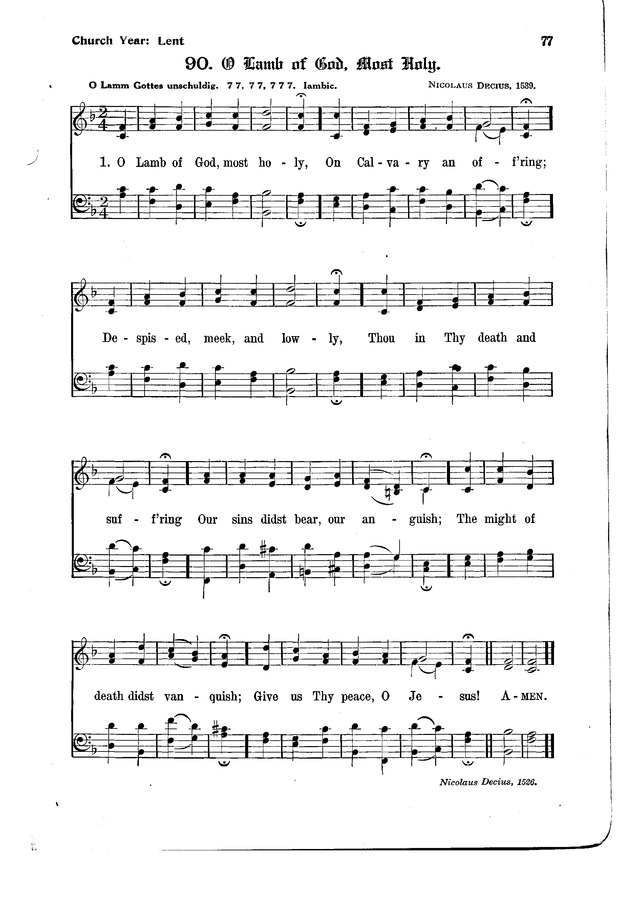 Chorale Book for England, The #46

Lutheran Hymnal for the Sunday School #72

The Hymnal and Order of Service #90

The Hymnal and Order of Service #90