Sing Praise to God, You Heavens!

Sing praise to God, you heavens!

This tune was originally a love song composed in 1575 by Johann Steurlein (b. Schmalkalden, Thuringia, Germany, 1546; d. Meiningen, Germany, 1613) as a setting of "Mit Lieb bin ich umfangen." Steurlein studied law at the University of Wittenberg. From 1569 to 1589 he lived in Wasungen near Meiningen…

All tunes published with 'Sing Praise to God, You Heavens! '^ top 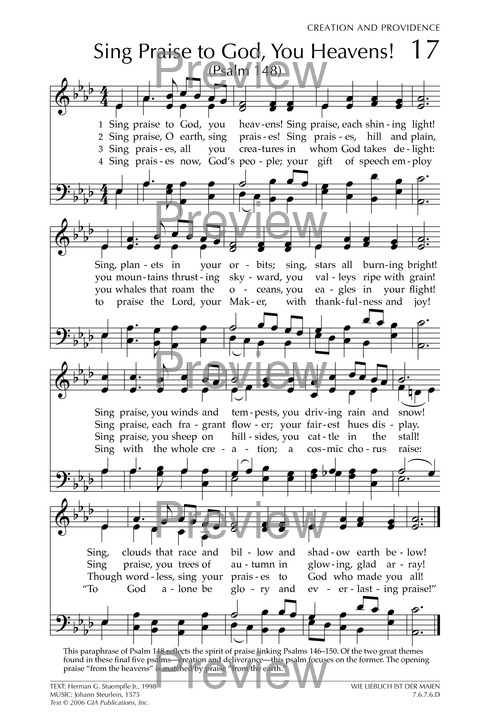