The Christian navigates a sea 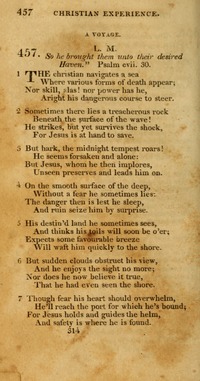 The Christian navigates a sea

1 The christian navigates a sea
Where various forms of death appear;
Nor skill, alas! nor power has he,
Aright his dangerous course to steer.


2 Sometimes there lies a treacherous rock
Beneath the surface of the wave!
He strikes, but yet survives the shock,
For Jesus is at hand to save.


3 But hark, the midnight tempest roars!
He seems forsaken and alone:
But Jesus, whom he then implores,
Unseen preserves and leads him on.


4 On the smooth surface of the deep,
Without a fear he sometimes lies:
The danger then is lest he sleep,
And ruin seize him by surprise.


5 His destin'd land he sometimes sees,
And thinks his toils will soon be o'er;
Expects some favourable breeze
Will waft him quickly to the shore.


6 But sudden clouds obstruct his view,
And he enjoys the sight no more;
Nor does he now believe it true,
That he had even seen the shore.


7 Though fear his heart should overwhelm,
He'll reach the port for which he's bound;
For Jesus holds and guides the helm,
And safety is where he is found. 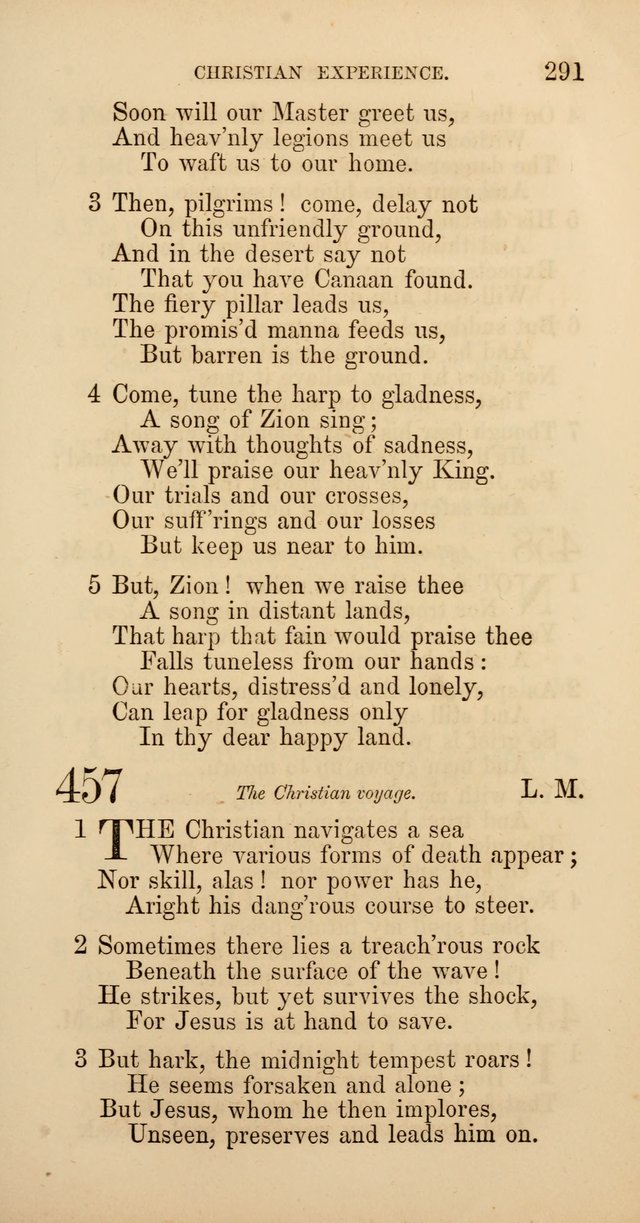 A Manual of Devotion for Soldiers and Sailors #100

Hymns, Selected and Original, for Public and Private Worship #457