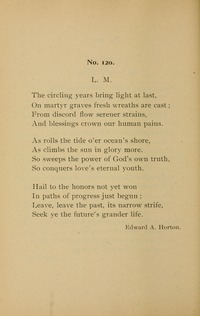 Horton, Rev. Edward Augustus. (Springfield, Massachusetts, September 28, 1843--April 15, 1931, Toronto, Canada). He studied at the University of Chicago and at Meadville Theological School, from which he graduated in 1868. He served Unitarian churches in Leominster, Mass., 1868-1875; Hingham, Mass., 1877-1880; and the Second Church in Boston, 1880-1892. Thereafter he was active in the work of the Unitarian Sunday School Society. In 1912, he wrote an "Anniversary Hymn" beginning "We honor those whose work began" which was included in The New Hymn and Tune Book, 1914. --Henry Wilder Foote, DNAH Archives Go to person page >
^ top 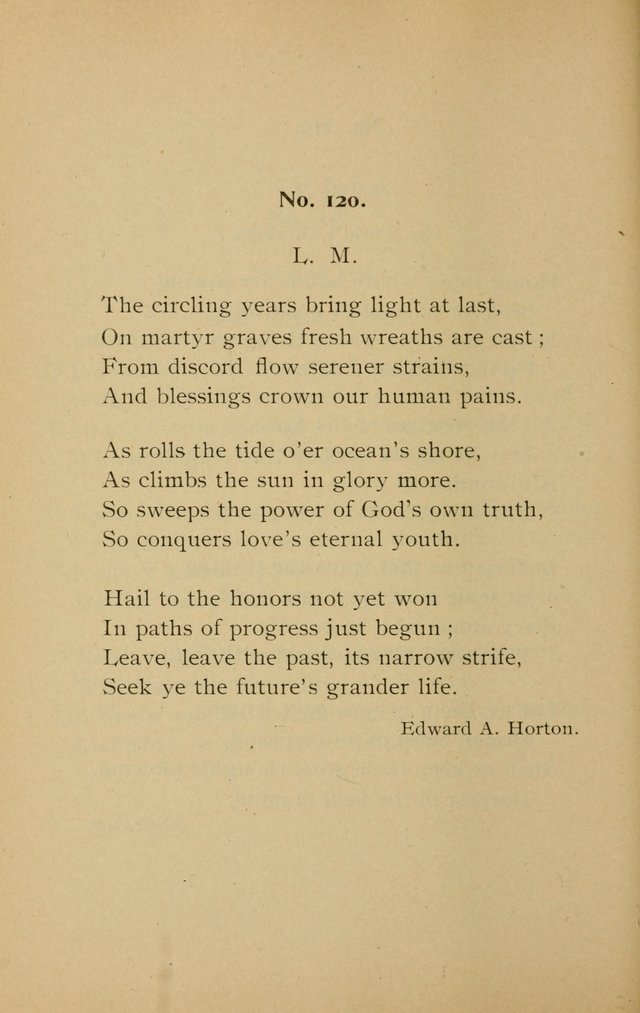 Hymns in Harmony with Modern Thought #120