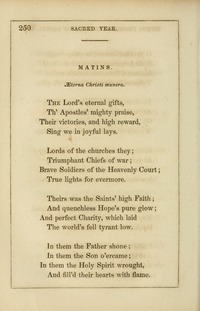 Aeterna Christi munera, Apostolorum gloriam. This form of the hymn [Aeterna Christi munera, Et martyrum victorias] is an adaptation for "Apostles" as distinct from “Martyrs." It is in numerous Breviaries, including the Roman, York, Sarum and others. The same text, however, is not strictly maintained. The lines of the original which are thus variously altered are 1-8 and 21-28, followed by a doxology not in the original and varying in the respective Breviaries in which the hymn is given.
Translations in common use:—
1. The Lord's eternal gifts. By E. Caswall, first published in his Lyra Catholica, 1849, p. 204, and in his Hymns & Poems, 1873, p. 108. This is in use in a few Roman Catholic hymnals for schools and mission services. Altered to "The Eternal Spirit's gifts" it is also No. 296 in Chope's Hymnal, 1864. 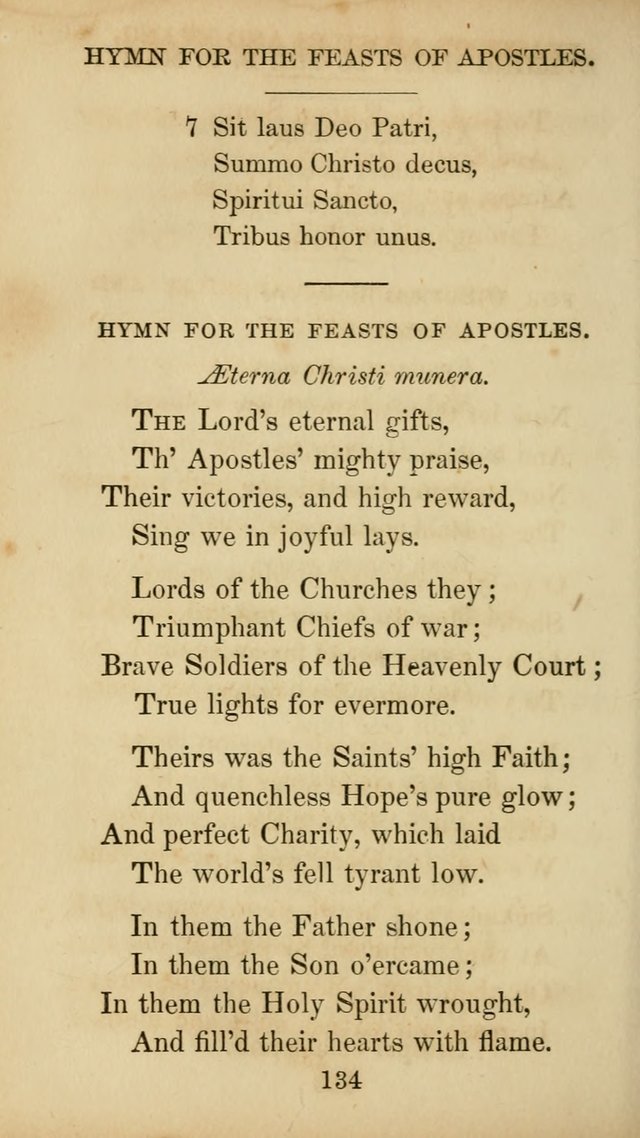 View Page
The Catholic Hymn Book: a collection of hymns, anthems, etc. for all holydays of obligation and devotion throughout the year (1851), p.134
^ top