The Morning Star on High is Glowing 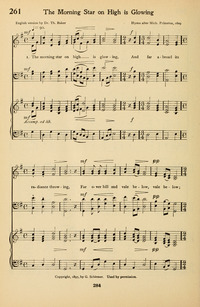 The morning star on high is glowing

Theodore Baker (b. New York, NY, 1851; d. Dresden, Germany, 1934). Baker is well known as the compiler of Baker's Biographical Dictionary of Musicians (first ed. 1900), the first major music reference work that included American composers. Baker studied music in Leipzig, Germany, and wrote a dissertation on the music of the Seneca people of New York State–one of the first studies of the music of American Indians. From 1892 until his retirement in 1926, Baker was a literary editor and translator for G. Schirmer, Inc., in New York City. In 1926, he returned to Germany. Psalter Hymnal Handbook, 1987 Go to person page >
^ top 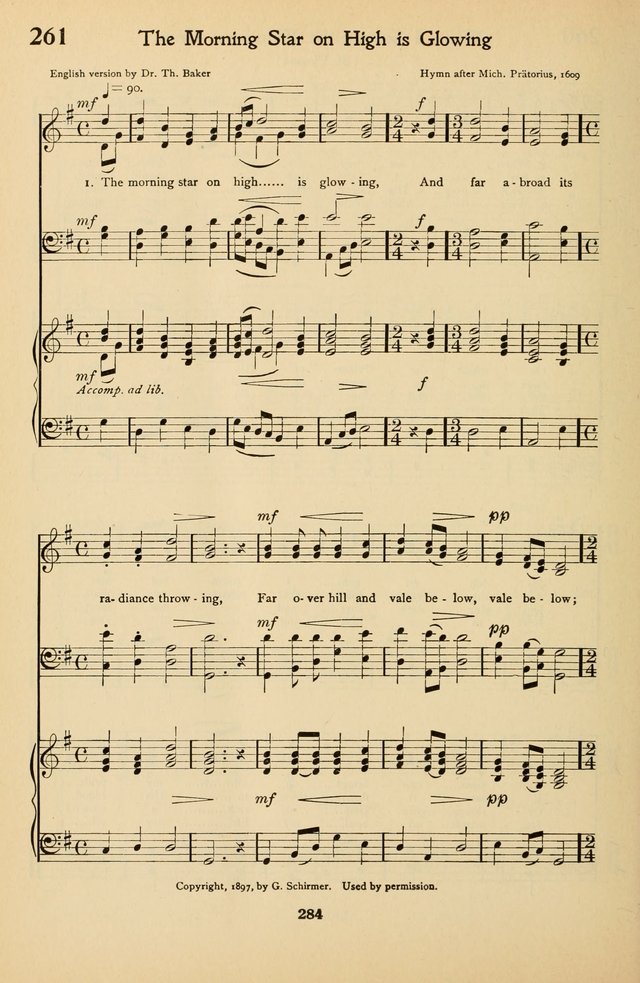 Hymns and Songs for the Sunday School #261