This Savior Is Mine 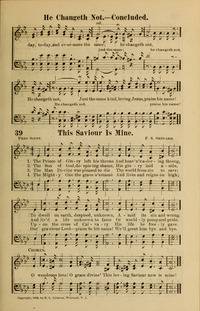 The Prince of Glory left his throne And heav'ns adoring throng

1 The Prince of Glory left his throne
And heav’n’s adoring throng,
To dwell on earth, despised, unknown,
Amid its sin and wrong.


2 The Son of God, despising shame,
His glory laid aside,
And lived a life unknown to fame
Or worldly pomp and pride. [Refrain]


3 The Man Divine was pleased to die
The world from sin to save;
Upon the cross of Calvary
His life he freely gave. [Refrain]


4 The Mighty One the grave o’ercame
And lives and reigns on high;
Our gracious Lord—praise to his name!
We’ll greet him bye and bye. [Refrain]

[The Prince of Glory left his throne] (Shepard)

All tunes published with 'This Savior Is Mine'^ top 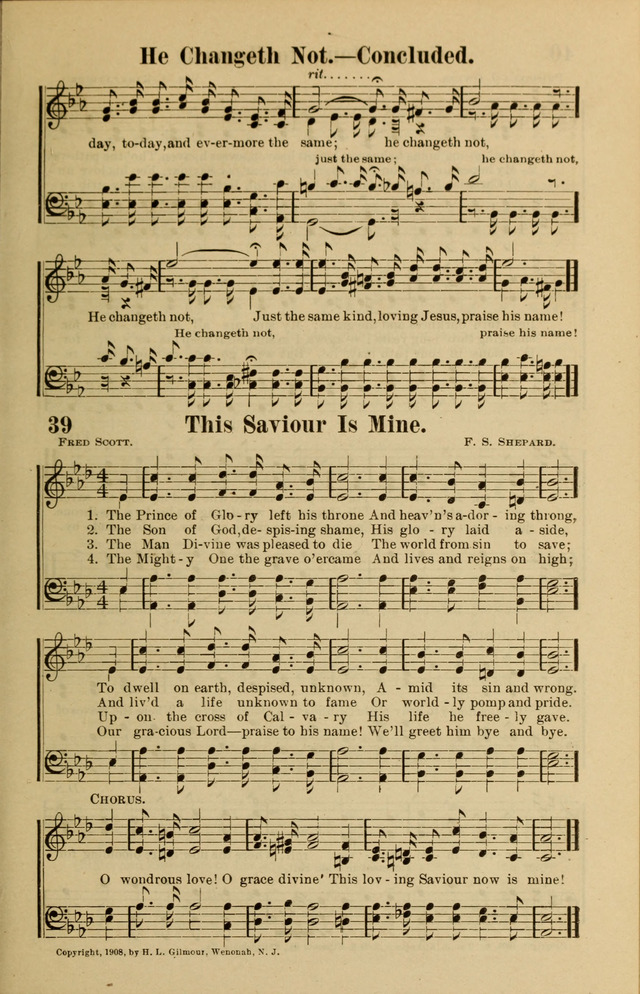