O grace of God so boundless 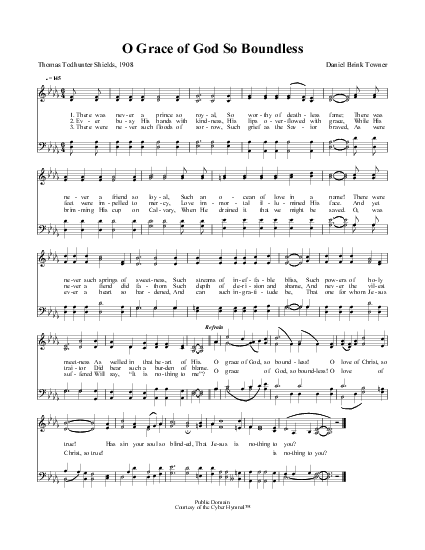 There was never a prince so royal

Author: T. T. Shields
Tune: [There was never a prince so royal]
Published in 4 hymnals

1 There was never a prince so royal,
So worthy of deathless fame;
There was never a friend so loyal,
Such an ocean of love in a name!
There were never such springs of sweetness,
Such streams of ineffable bliss,
Such powers of holy meetness
As welled in that heart of His.


Refrain:
O grace of God, so boundless!
O love of Christ, so true!
Has sin your soul so blinded,
That Jesus is nothing to you?


2 Ever busy His hands with kindness,
His lips overflow’d with grace,
While His feet were impelled to mercy,
Love immortal illumin’d His face.
And yet never a fiend did fathom
Such depth of derision and shame,
And never the vilest traitor
Did bear such a burden of blame. [Refrain]


3 There were never such floods of sorrow,
Such grief as the Savior brav’d,
As were brimming His cup on Calv’ry,
When He drained it that we might be saved.
O, was ever a heart so hardened,
And can such ingratitude be,
That one for whom Jesus suffered
Will say, “It is nothing to me?” [Refrain]

Source: The Voice of Thanksgiving #138

[There was never a prince so royal]

All tunes published with 'O grace of God so boundless'^ top 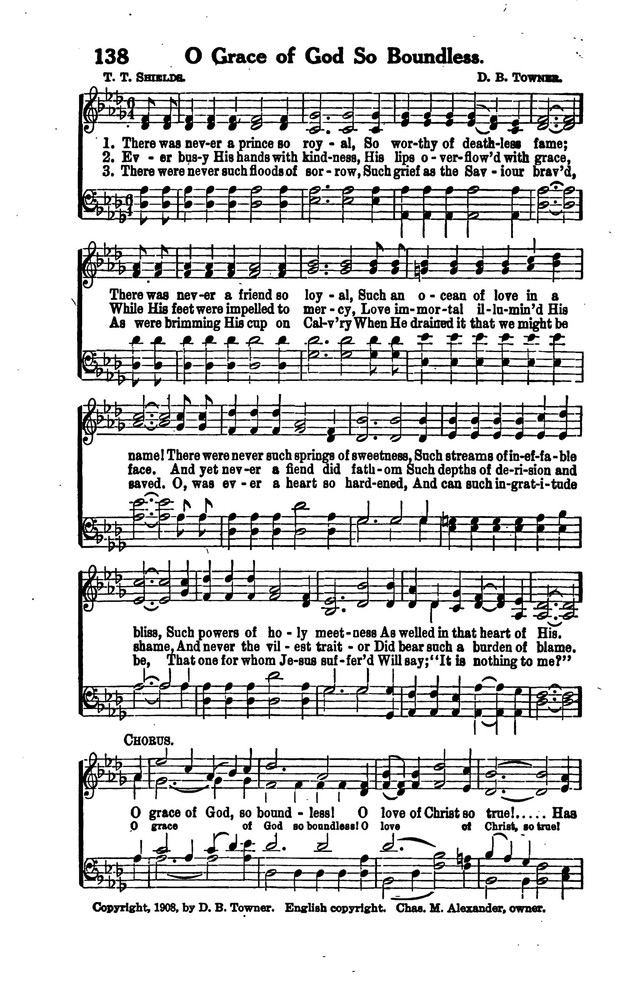