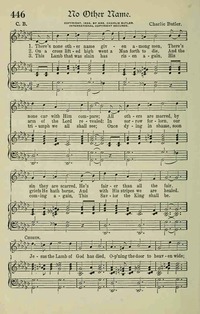 There's none other name given among men

Author: Charles J. Butler
Tune: [There's none other name given among men]
Published in 1 hymnal

Charles J Butler USA 1860- Butler, a Methodist, speaks of a voyage he took from his home, Camden, NJ, as a bachelor, to Britain around 1894, stating he roamed around the British Isles for 14 months through Scotland, Ireland, Britain, and Paris, dealing with ship stewards, street urchins, and visiting famous sights. He wrote about his trip in 1901. He later resided in Philadephia and was a salesman and musician. He wrote “Heart Melodies #3” with Charles Bentley (1897). He is possibly the listed secretary of the YMCA in Philadelphia in 1920. John Perry  Go to person page >
^ top

[There's none other name given among men]

All tunes published with 'No other name'^ top 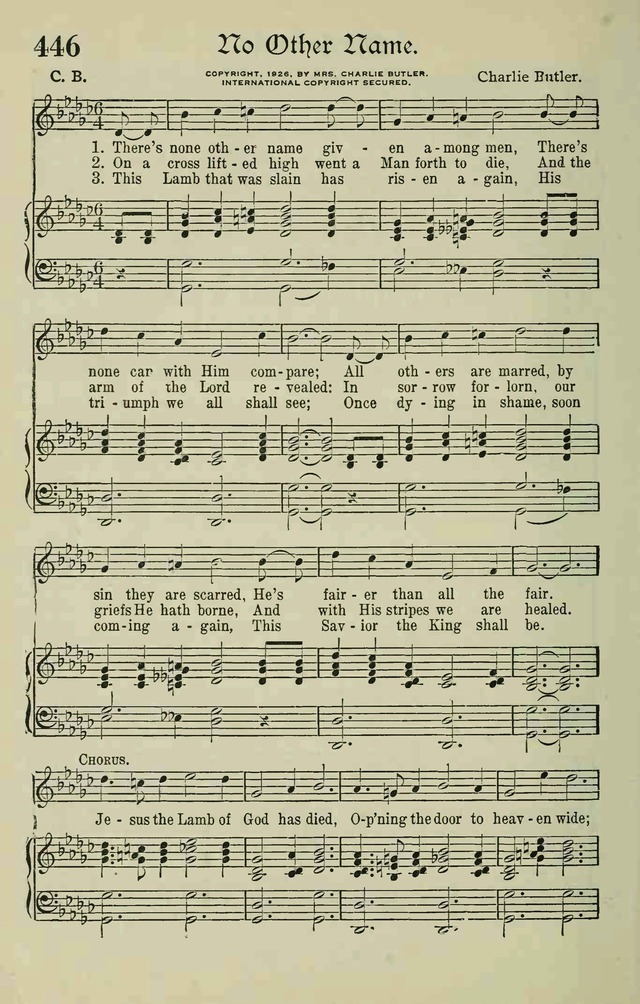