This day the wondrous mystery 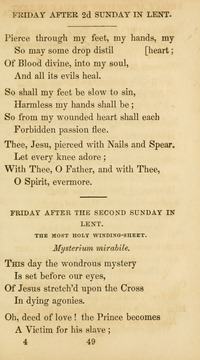 This day the wondrous mystery

Mysterium mirabile, Hac luce nobis panditur. [Passiontide.] This is the hymn at Matins in the Office of the Most Holy Winding Sheet of our Lord Jesus Christ—an office added to the Roman Breviary since 1740. In the Roman Breviary, Bologna, 1827, Pars Verna, Supplement, it is assigned to Saturday after the 2nd Sunday in Lent, and marked as a Greater Double; the text of this hymn being given at p. 274. It is also found in later editions of the Roman Breviary. Translated as:—
This day the wondrous mystery. By E. Caswall. First published in his Lyra Catholica, 1849, p. 80, in 7 stanzas of 4 lines; and again in his Hymns & Poems, 1873, p. 45. It is in several collections, including the Hymnary, 1872, &c., but usually in an abridged form.
Other translations are: —
1. 0 Miracle of mystery. W. J. Blew, 1852-5.
2. A wondrous mystery this day. J. Wallace, 1874. [Rev. James Mearns, M.A.]

All tunes published with 'This day the wondrous mystery'^ top 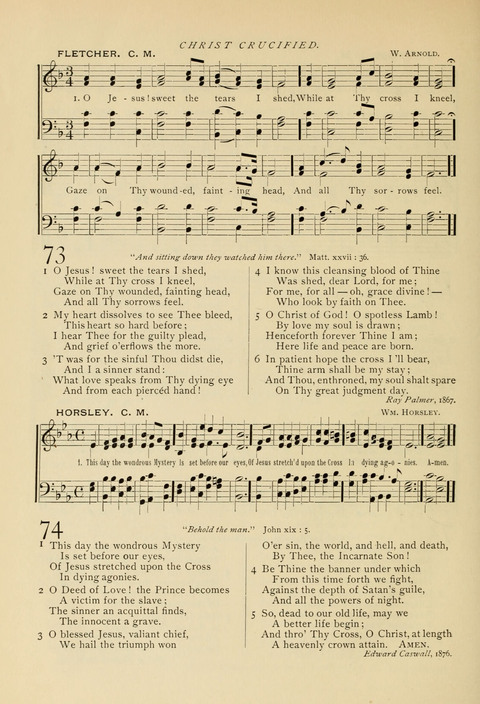