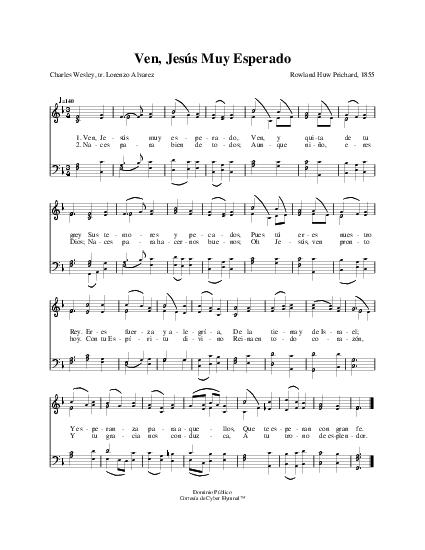 Audio files: MIDI
Representative text cannot be shown for this hymn due to copyright.
See page scan previews below.

Charles Wesley, M.A. was the great hymn-writer of the Wesley family, perhaps, taking quantity and quality into consideration, the great hymn-writer of all ages. Charles Wesley was the youngest son and 18th child of Samuel and Susanna Wesley, and was born at Epworth Rectory, Dec. 18, 1707. In 1716 he went to Westminster School, being provided with a home and board by his elder brother Samuel, then usher at the school, until 1721, when he was elected King's Scholar, and as such received his board and education free. In 1726 Charles Wesley was elected to a Westminster studentship at Christ Church, Oxford, where he took his degree in 1729, and became a college tutor. In the early part of the same year his religious impressions were much deepene… Go to person page > 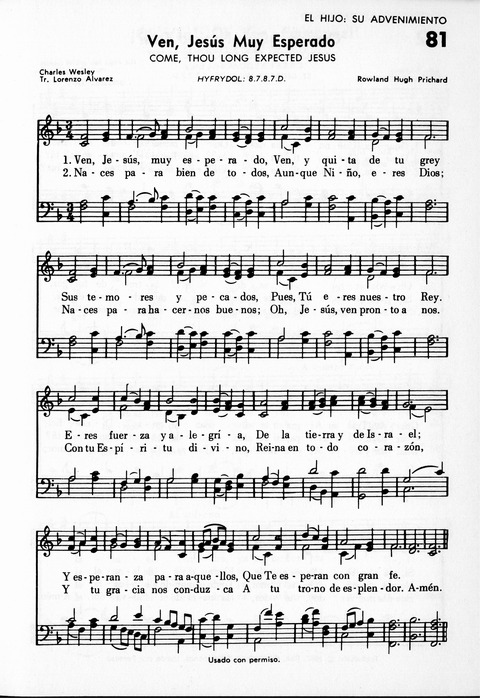