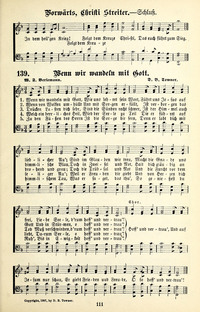 Rev. F. W. Berlemann was a pastor of the German Reformed Church of St. Lucas in 1899. NN, Hymnary. From the October 15, 1899 issue of The Times from Philadelphia, Pennsylvania Go to person page >

John H. Sammis was born in Brooklyn. He moved to Logansport, Indiana when ye was 22, where he was converted to Christianity. He was active in the Y.M.C.A., serving as secretary for the Terre Haute Association and later becoming State Secretary. After this, he studied at Lane and McCormack seminaries and was ordained in the Presbyterian church at Glidden, Iowa. He also pastored churches in Indianapolis, Grand Haven, MI, Red Wing and St. Paul, Minn. In 1909 he became associated with the Los Angeles Bible Institute. He wrote more that 100 hymns. Dianne Shapiro, from "The Singers and Their Songs: sketches of living gospel hymn writers" by Charles Hutchinson Gabriel (Chicago: The Rodeheaver Company, 1916) Go to person page >
^ top

One of the sturdiest of the some two thousand tunes Daniel Brink Towner (b. Rome, PA, 1850; d. Longwood, MO, 1919) composed, TRUST AND OBEY is also among the most popular. It is cast in the verse-refrain form typical of gospel hymns. Sing in harmony throughout. Though the use of a fermata in the re… 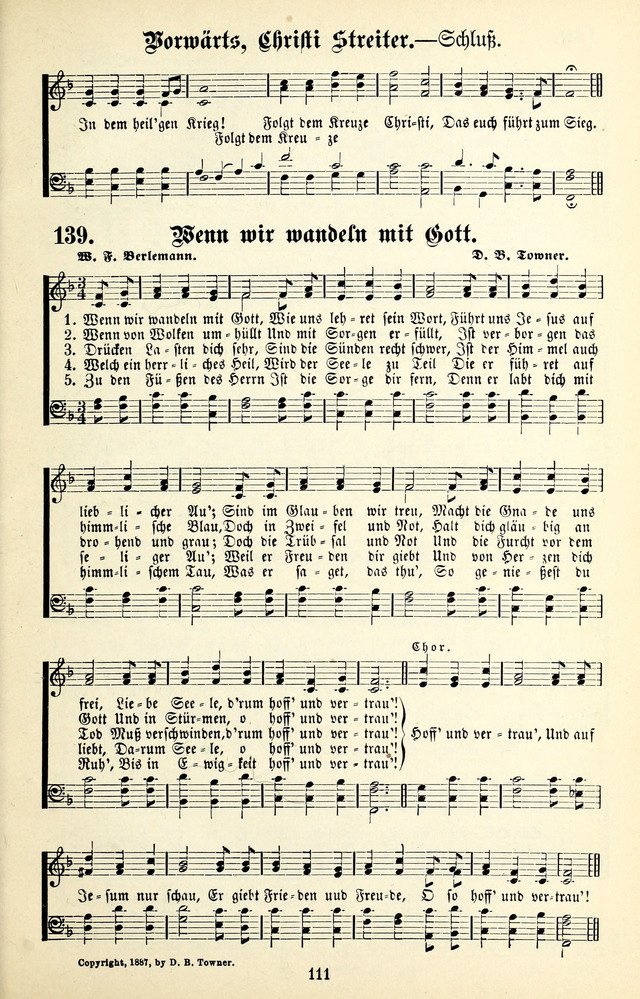