When Israel by the Almighty led 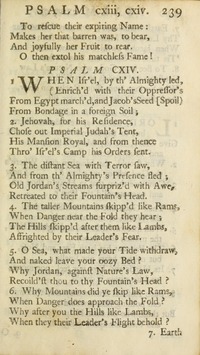 When Israel by the Almighty led


2 JEHOVAH, for his Residence,
Chose out Imperial Judah's Tent,
His Mansion Royal, and from thence
Through Israel's Camp his Orders sent.


3 The distant Sea with Terror saw,
And from th'Almighty's Presence fled;
Old Jordan's Streams surpriz'd with Awe,
Retreated to their Fountain's Head.


4 The taller Mountains skipp'd like Rams,
When Danger near the Fold they hear;
The Hills skipp'd after them like Lambs,
Affrighted by their Leader's Fear.


5 O Sea, what made your Tide withdraw,
And naked leave your oozy Bed?
Why Jordan, against Nature's Law,
Recoild'st thou to thy Fountain's Head?


6 Why, Mountains did ye skip like Rams,
When Danger does approach the Fold?
Why after you, the Hills like Lambs,
When they their Leader's Flight behold?


7 Earth tremble on; well may'st thou fear
Thy LORD and Maker's Face to see;
When Jacob's awful GOD draws near,
'Tis Time for Earth and Seas to flee.


8 To flee from GOD, who Nature's Law
Confirms and cancels at his Will;
Who Springs, from flinty Rocks, can draw,
And thirsty Vales with Water fill.

Source: The Psalms of David: with the Ten Commandments, Creed, Lord's Prayer, &c. in metre...for the use of the Reformed Protestant Dutch church of the city of New York #CXIV

All tunes published with 'When Israel by the Almighty led'^ top 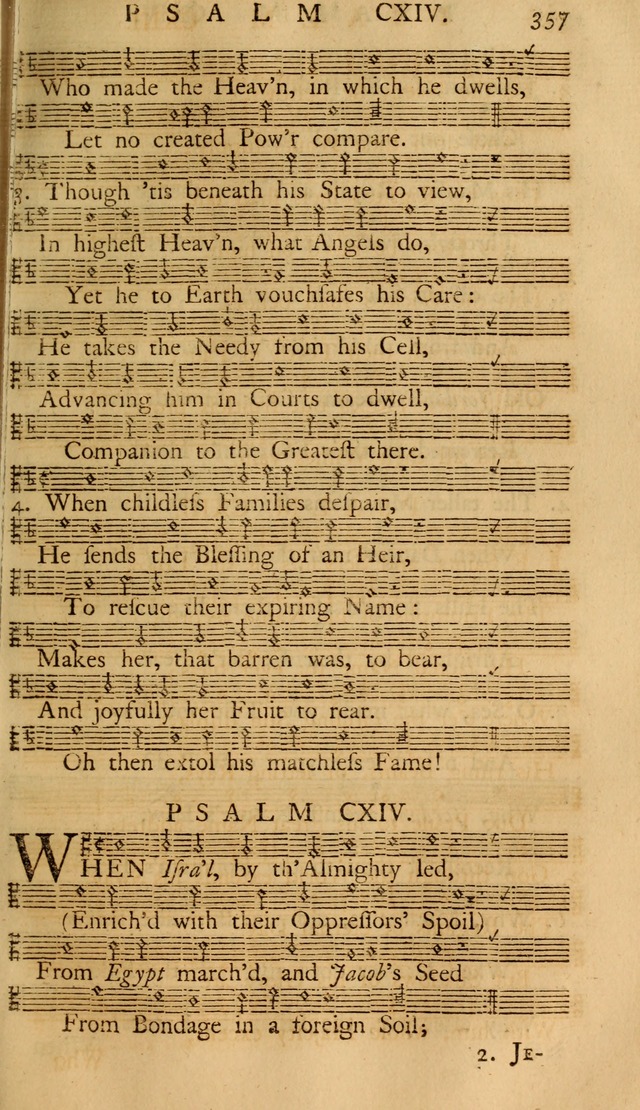 View Page
The Psalms of David: with the Ten Commandments, Creed, Lord's Prayer, &c. in metre...for the use of the Reformed Protestant Dutch church of the city of New York (1767), p.355
^ top

A New Version of the Psalms of David #CXIV

A New Version of the Psalms of David #239

The Psalms of David #CXIV