When my eyes behold the stars

When my eyes behold the stars

Author: Stuart Hamblen
Tune: [When my eyes behold the stars]
Published in 4 hymnals 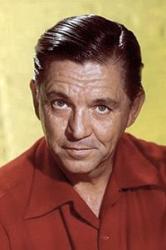 Carl Stuart Hamblen was born on October 20th, 1908, in Kellyville, Texas, the son of a traveling Methodist preacher, and founder of the Evangelical Methodist Church, Dr. J.H. Hamblen. Stuart’s career as a Country Western Gospel singer, composer, radio-movie personality, and master storyteller all began in 1926, on radio station on WBAP, Ft Worth, TX and sister station WFAA, Dallas, TX, where he became radio broadcasting’s first singing cowboy. The next major turning point in his career happened in 1929 where he won a talent show in Abilene, Texas and with the $100 cash prize in-hand, he headed for Camden, New Jersey, to the Victor Talking Machine Company to seek his fortune. Recording four songs for the forerunner of RCA Victor, Stuart… Go to person page >
^ top

[When my eyes behold the stars]

All tunes published with 'When my eyes behold the stars'^ top