Jehovah the Strength of His People 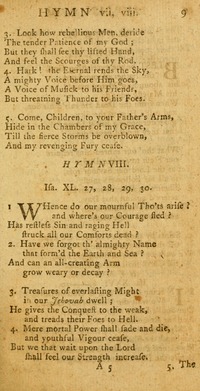 Whence do our mournful thoughts arise

1 Whence do our mournful thoughts arise?
And where’s our courage fled?
Has restless sin and raging hell
Struck all our comforts dead?


2 Have we forgot the almighty Name
That formed the earth and sea?
And can an all-creating arm
Grow weary, or decay?


3 Treasures of everlasting might
In our Jehovah dwell;
He gives the conquest to the weak,
And treads their foes to hell.


4 Mere mortal power shall fade and die,
And youthful vigour cease;
But we that wait upon the Lord
Shall feel our strength increase.


5 The saints shall mount on eagles’ wings,
And taste the promised bliss,
Till their unwearied feet arrive
Where perfect pleasure is.

Whence do our mournful thoughts arise? I. Watts. [Consolation.] 1st published in his Hymns and Spiritual Songs, 1707, in 5 stanzas of 4 lines, and based upon Is. xl. 27-30 (ed. 1709, Bk. i. No. 32). Another form of this hymn was given in the 1745 Draft of the Scottish Translations and Paraphrases, No. xvi., in 7 stanzas of 4 lines as "Why pour'st thou forth thine anxious plaint." In the Drafts of 1751 and 1781 further alterations were introduced until it assumed the authorized form as in the Translations and Paraphrases, of 1781. In the markings by the eldest daughter of W. Cameron the alterations of 1781 are said to be by him. The designation of the hymn is I. Watts, 1707; Translations & Paraphrases, 1745; W. Cameron, 1781. In the American Prayer Book Collection, 1826, and several later hymnals it begins "Why mournest thou, my anxious soul?" Sometimes stanzas iv.-viii. are found as a separate hymn, beginning, "Supreme in wisdom as in power," as in W. F. Stevenson's Hymns for the Church and Home, 1873. In one or two American Unitarian hymnals a cento therefrom is also given as "Mere human power shall fast decay." In Jane E. Leeson's Paraphrases and Hymns, 1853, the 1781 text is rewritten in three parts as:—(1) "Thus saith the Holy One, to Whom"; (2) "O Jacob and O Israel”; (3) "God giveth power unto the faint." 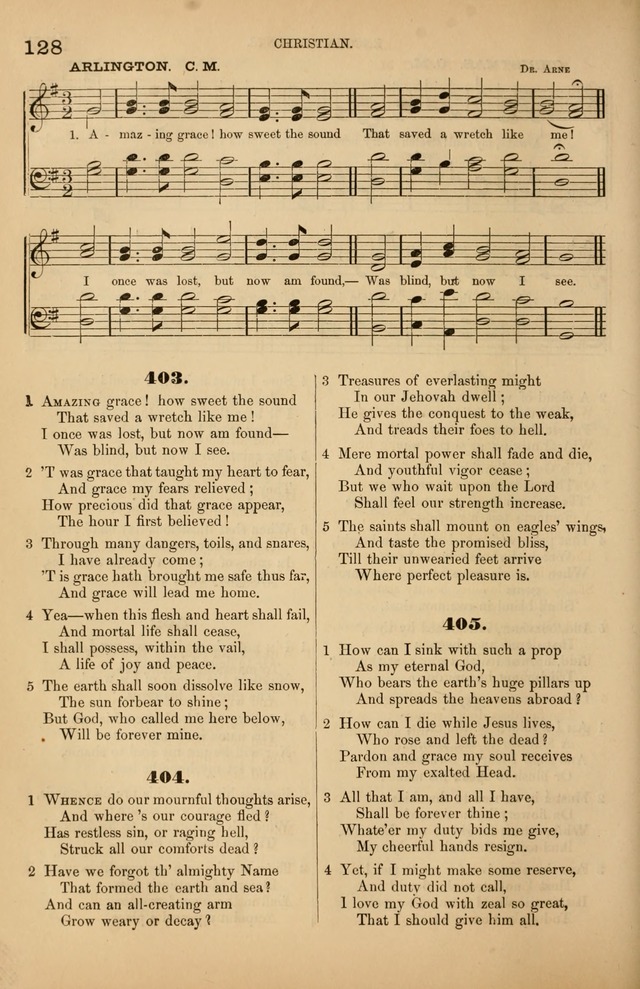 A Choice Selection of Psalms, Hymns and Spiritual Songs for the use of Christians #161

A Collection of Hymns, More Particularly Designed for the Use of the West Society in Boston. (2nd ed. with Additions) #XL

A New Selection of Psalms and Hymns from the Most Approved Authors, Adapted to Public and Private Worship. 2nd ed. #d543

A New Selection of Psalms, Hymns and Spiritual Songs #768

A New Version of the Psalms of David #HVIII

A Pastor's Selection of Hymns and Tunes #180

Book of Hymns and Tunes, comprising the psalms and hymns for the worship of God, approved by the general assembly of 1866, arranged with appropriate tunes... by authority of the assembly of 1873 #148b

Christian's Duty, exhibited in a series of hymns #329

Hymnal of the Presbyterian Church #306

Hymns, Psalms, and Spiritual Songs, including Some Never Before in Print #d346

Plymouth Collection of Hymns and Tunes; for the use of Christian Congregations #808

Psalms and Hymns Adapted to Public Worship, and Approved by the General Assembly of the Presbyterian Church in the United States of America #H19

Psalms and Hymns Adapted to Social, Private and Public Worship in the Presbyterian Church in the U.S.A. #d937

Psalms and Hymns for the Worship of God #d917

Psalms and Hymns of Isaac Watts, The #I.32

Songs for the Sanctuary, or Hymns and Tunes for Christian Worship #ad1254

Songs for the Sanctuary, or Hymns and Tunes for Christian Worship #b649

Songs for the Sanctuary; or Psalms and Hymns for Christian Worship (Baptist Ed.) #649

Songs for the Sanctuary; or, Psalms and Hymns for Christian Worship (Words only) #649

The Baptist Hymn and Tune Book #808

The Christian Psalmist; or, Watts' Psalms and Hymns #186

The Christians Duty, exhibited, in a series of Hymns #CCCXXIX

Display Title: Strength from Heaven First Line: Whence do our mournful Thoughts arise Scripture: Isaiah 60:27-30 Date: 1791 Subject: Being and Perfections of God |
The Christians Duty, exhibited, in a series of Hymns #CCCXXIX

The Psalms of David #I.XXXII

The Psalms, Hymns and Spiritual Songs of the Rev. Isaac Watts, D. D. #A32

The Service of Song for Baptist Churches #d1002