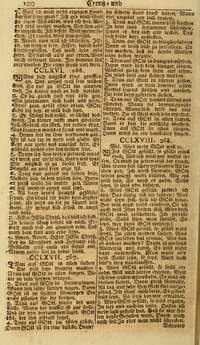 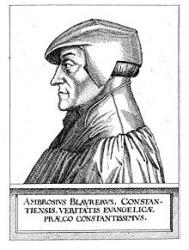 Blaurer, Ambrosius, son of Augustine Blaurer, Councillor of Constanz, was born at Constanz, April 4, 1492. In 1513 he graduated at Tubingen and entered the convent of Alpirsbach, in the Black Forest, where he was chosen Prior. After studying Holy Scripture and the writings of Luther, he became dissatisfied with his position and left the convent in 1522, and went to Constanz. In 1523 he openly espoused the cause of the Reformation, and began to preach in 1525. In 1529 he commenced his work as Reformer of Swabia, in which, after the restoration of Duke Ulrich, 1534, he received his help and countenance till 1538, when the growing opposition of the Lutheran party led him to withdraw from Württemberg. He returned to Constanz, where he remained… Go to person page >
^ top

Wie's Gott gefällt, so gfällts mirs auch. [Trust in God.] Wackernagel, iii. p. 588, quotes it in 8 stanzas of 10 lines from a manuscript of 1562 at Zilrich, "Etlich geistliche gsang und lieder vor jahren geschriben durch meister Ambrosium Blaurern," and thinks it was probably written about 1526. In his Bibliographie, 1855, p. 220, he had cited a broadsheet, c. 1548, where it appears as one of "Zwey schöne Newe Lieder doss frommen Johansen Friderichon von Sachson, welche Er in seiner Gefangkmiss gtdichtet hat" [i.e. 1547-52, after the battle of Mühlberg, 1547]; but this ascription Wackernagel thinks is as little justified by the personality as by the circumstances of the Elector. Though the authorship of the hymn be somewhat doubtful, its value is undeniable, and since its reception into the Bergkreyen, Nürnberg, 1551, it has appeared in most subsequent collections, and is No. 720 in the Unverfälschter Liedersegen 1851. The translations are:—(1) "God's will is mine: I dare not stray," by Dr. G. Walker, 1860, p. 91. (2) "What pleaseth God, that pleaseth me," by Miss Winkworth, 1869, p. 124. 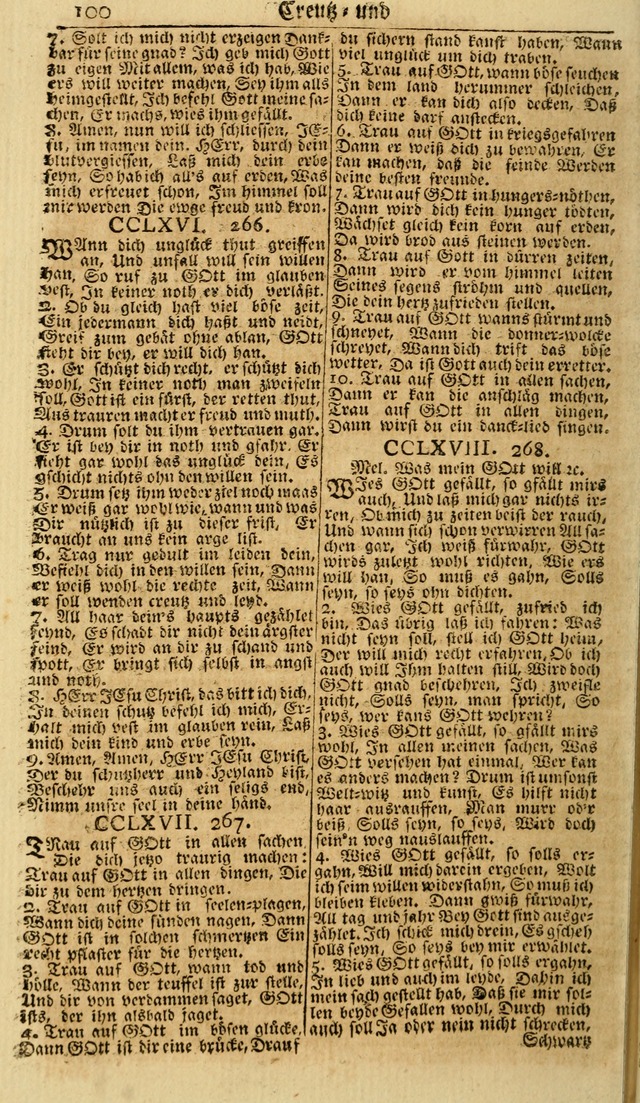