[I love to tell the story] (Fischer)

[I love to tell the story] (Fischer) 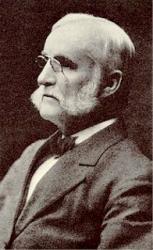 I Love to Tell the Story

HANKEY has many characteristics of a gospel song: stepwise melodic motion, verse refrain form, and simple harmony. After hearing both hymn texts from Hankey's poems quoted by one of the speakers at an 1867 YMCA convention in Montreal, Quebec, gospel hymn writer William H. Doane (PHH 473) was inspired to set both texts to music. However, Doane's tune for "I Love to Tell the Story" was soon replaced by the tune HANKEY by William G. Fischer, who also added a refrain to the original text. The tune set to Hankey's text was published in Joyful Songs (1869) and in many gospel hymnals. The hymn was popularized through its use in the Ira D. Sankey (PHH 73) and Dwight L. Moody crusades.

In his youth, Fischer (b. Baltimore, MD, 1835; d. Philadelphia, PA, 1912) developed an interest in music while attending singing schools. His career included working in the book bindery of J. B. Lippencott Publishing Company, teaching music at Girard College, and co-owning a piano business and music store–all in Philadelphia. Fischer eventually became a popular director of music at revival meetings and choral festivals. In 1876 he conducted a thousand-voice choir at the Dwight L. Moody/Ira D. Sankey revival meeting in Philadelphia. Fischer composed some two hundred tunes for Sunday school hymns and gospel songs.

Text: I Love to Tell the Story
^ top 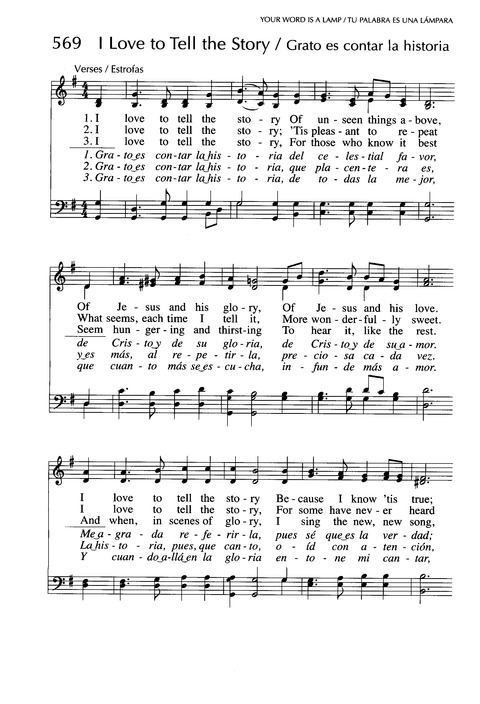 Hymns for a Pilgrim People #463

Lift Every Voice and Sing II #64

The Hymnal for Worship and Celebration #297