Hail to the Lord's Anointed,
great David's greater Son!
Hail in the time appointed,
his reign on earth begun!
He comes to break oppression,
to set the captive free;
to take away transgression,
and rule in equity.

O Christ, at Your Appearing

SHEFFIELD (ENGLISH) is the tune name applied to the tune originally found with the martial text "The British Grenadiers", whose first stanza is "Some talk of Alexander, and some of Hercules, / Of Hector and Lysander, and such great names as these, / But of all the world's brave heroes, there's none that can compare, / With a tow, row, row, row, row, row to the British Grenadier." The use of this tune in a sacred context appears to have originated with the Northern (now American) Baptists and the Disciples of Christ, whose jointly published hymnal Christian Worship (1941) set it as the tune of "Hail to the Lord's Anointed". 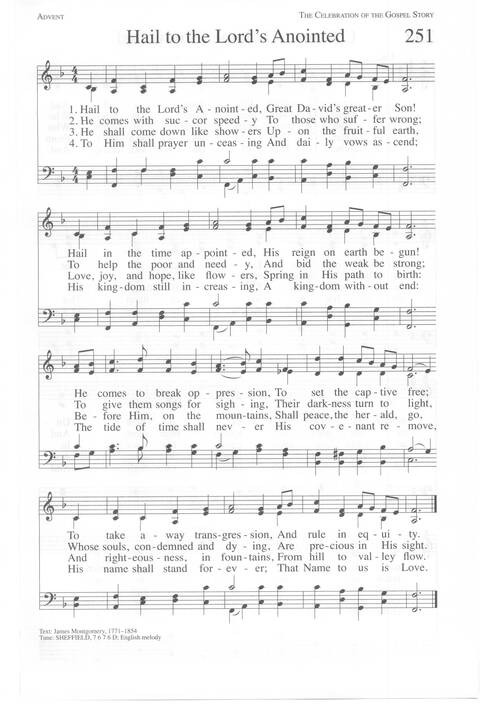