Praise to God in the Highest!

A favorite Russian folk tune, SLAVA BOGU was used by several famous composers in their works. Ludwig van Beethoven incorporated the melody into the trio of his second Rasumovsky String Quartet (Op. 59), Rimsky-Korsakov used it in his cantata Slava, and Modest Mussorgsky employed the tune in the coronation scene of his opera Boris Godunov. Like Martin F. Shaw's setting in the Oxford Book of Carols, Dale Grotenhuis' (PHH 4) harmonization places the original Russian melody in the soprano in the first half and repeats it in the tenor line in the second half.

There are several ways to sing this Russian folk hymn. The congregation could sing as written, considering the soprano line as the melody throughout. An even simpler way would be to sing only the original melody, which is found in the first half, and consider this half to be musically complete, to be repeated for each of the eight sections of text. Then the melody would remain in the upper voice and be sung twice for each complete stanza. A third way, the most interesting musically, would be to sing antiphonally: the congregation could sing the first phrases followed by the choir, or the treble voices of the congregation could sing the first half of each stanza followed by the men singing the tenor melody. During the second half of each stanza the organist should support the tenor melody with a solo stop. 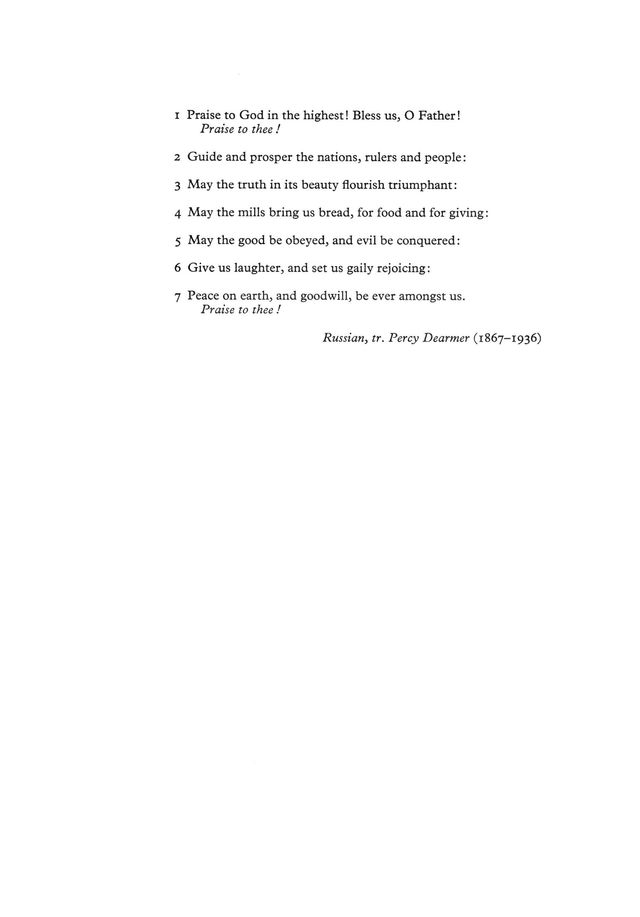