Heidelberg Catechism, Lord’s Day 21, Question and Answer 55 professes “the communion of the saints,” by which we mean that “each member should consider it a duty to use [their] gifts readily and joyfully for the service and enrichment of the other members.”

The Belhar Confession, Section 2 testifies that the unity of God’s children becomes active “in a variety of ways; in that we love one another, that we experience, practice and pursue community with one another...”

Do nothing from selfish ambition or conceit,
but in humility regard others as better than yourselves.
Let each of you look not to your own interests,
but to the interests of others.
Let the same mind be in you that was in Christ Jesus,
who, though he was in the form of God,
did not regard equality with God
as something to be exploited,
but emptied himself,
taking the form of a slave,
being born in human likeness.
And being found in human form,
he humbled himself
and became obedient to the point of death—
even death on a cross.
—Philippians 2:3-8, NRSV
— Worship Sourcebook Edition Two
Beloved, let us love one another, because love is from God;
everyone who loves is born of God and knows God.
Whoever does not love does not know God, for God is love.
God’s love was revealed among us in this way:
God sent his only Son into the world so that we might live through him.
In this is love, not that we loved God
but that he loved us and sent his Son to be the atoning sacrifice for our sins.
Beloved, since God loved us so much, we also ought to love one another.
—1 John 4:7-11, NRSV
— Worship Sourcebook Edition Two
Loving God,
we have heard your call to live as one body.
We thank you for your Son, the head of the body.
We praise you for your Spirit, who works to make us one.
Now as we leave to worship you
in our work, fellowship, and leisure,
we pray for the grace to live together in harmony.
We pray for imagination
to find ways to strengthen our unity in Christ.
We also pray for courage
to carry out these commitments in a spirit of joy,
through Jesus Christ, our Lord,
who lives and reigns with you and the Spirit,
one God, now and forever. Amen.
— Worship Sourcebook Edition Two

Lord of life, you promise abundant life to all who live together in Christ.
We offer these gifts as a sign of our desire to share
our resources for the common good and building of your kingdom.
We humbly ask that you use them to strengthen our unity
and deepen our witness and healing presence in this needy world. Amen.
— Worship Sourcebook Edition Two
God of life,
we pray that our unity will be seen not only in what we believe
but also in how we work together to be salt and light in this world.
May our gifts today be a sign for each other and the world,
that we pledge to work together in your name
for the healing of this broken and hurting world.
Through Christ, our Lord. Amen.
— Worship Sourcebook Edition Two
256

Peter Scholtes (b. Evanston, Illinois, November 20, 1938; d. Madison, Wisconsin, July 11, 2009) wrote the hymn "They'll Know We Are Christians by Our Love" while he was a parish priest at St. Brendan's on the South Side of Chicago in the 1960s. At the time, he was leading a youth choir out of the church basement, and was looking for an appropriate song for a series of ecumenical, interracial events. When he couldn't find such a song, he wrote the now-famous hymn in a single day. His experiences at St. Brendan's, and in the Chicago Civil Rights movement, influenced him for the rest of his life.
After working in the public sector in Lynn, Massachusetts, and Madison, Wisconsin, Peter Scholtes became a consultant with Joiner Associates in the 1980s, traveling the globe to help businesses engage employees' talents more fully, humanely, and effectively. He co-authored The Team Handbook, which was named one of The 100 Best Business Books of All Time (in the book of that title). After starting Scholtes Seminars and Consulting, he wrote the classic The Leader's Handbook in 1998, which made the definitive case against performance appraisal—a practice he argued was demoralizing and wrong.
Peter Scholtes often told stories of a very happy childhood in Oak Park with loving parents and sisters and a large extended family. Peter was born to Lambert Peter and Mary Rose Scholtes on November 20, 1938 in Evanston, Illinois, and grew up in Oak Park, where he attended Ascension School and Fenwick High School before studying at Quigley and St. Mary of the Lake-Mundelein seminaries. He earned his Masters in Adult Education and Organization Development at Boston University.
Peter Scholtes and his wife Peg Scholtes blended their families and raised their four children in the city that he loved, Madison. They welcomed friends and strangers from around the world to live with them in their loving, crazy, and active home. Peter's sense of humor and irony were a cornerstone of the household. He loved being a father. His kids remember a family life filled with love, music, singing, and elaborate ways to make group decisions. Nothing made him happier in his final years than spending time with his grandchildren. "Boppy" was "crazy, nuts, and gaga" for them.
After illness forced his retirement, Peter Scholtes stayed involved in the community, volunteering every week at Meriter hospital in the Day Rehab program, where he had been a patient. The Capitol Square was his front yard, and he always looked forward to his weekly trips to the Farmer's Market.
Peter always ended his business letters wishing people joy in their work, and ended every prayer with "And let there be peace in the world."
— Peter Scholtes Website (http://www.peterscholtes.com/peter_s_obituary.html)
Dennis Fitzpatric was one of the first advocates for the folk mass in the Roman Catholic Church after Vatican II. He founded the publishing company Friends of the English Liturgy or FEL. After a long court battle over copyright issues related to the folk mass, he retired from the publishing world.
— Laura de Jong 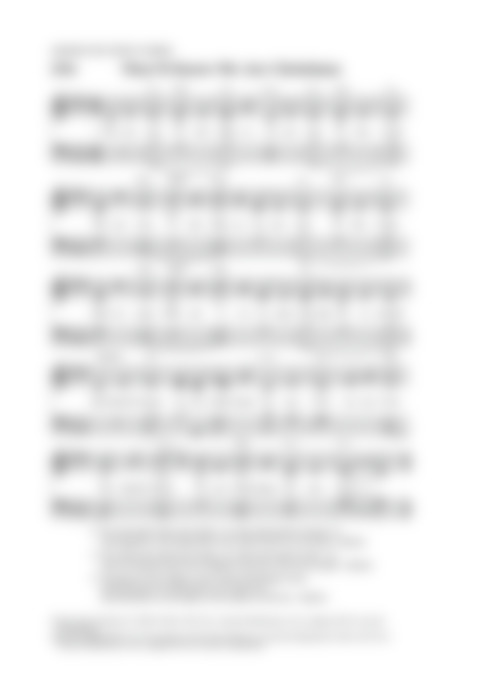