Any song or testimony about the cries that comes from our nations and cities must be met with confessional statements about the mission of the church as listed here.

Our World Belongs to God, paragraphs 41-43 are explicit and pointed about the mission of the church: “In a world estranged from God, where happiness and peace are offered in many names and millions face confusing choices, we witness—with respect for followers of other ways—to the only one in whose name salvation is found: Jesus Christ.”

Later, Our World Belongs to God, paragraphs 52-54 point to the task of the church in seeking public justice and functioning as a peacemaker: “We call on our governments to work for peace and to restore just relationships. We deplore the spread of weapons in our world and on our streets with the risks they bring and the horrors they threaten…”

Our Song of Hope, stanza 10 calls the church to seek “the welfare of the people” and to work “against inhuman oppression of humanity.”

DANDANSOY is a popular folksong in the central Visayas region of the Philippines. It has features of the typical Spanish-Filipino kuniman style: a G-minor scale (G=6 7 1 2 3 4 #5), a sudden modulation to its tonic major, (G=1, with B natural or the original 1 [Bb] sharpened, #1 [B]), triple time, phrases that begin from the second beat (creating the effect of an accented beat), and a guitar accompaniment. Salvador T. Martinez, the former Theological Secretary of the Christian Conference of Asia, wrote this text that reflects the spirit of Mary’s Magnificat, praising God who is merciful and just, uplifting the lowly and the oppressed, and praying that God will be with those who trust Him. The phrases are isorhythmic (i.e. with the same rhythmic pattern) throughout. One may use a guitar accompaniment to enhance the folk style of this hymn.
I-to Loh, Hymnal Companion to “Sound the Bamboo”: Asian Hymns in Their Cultural and Liturgical Context, p. 259, ©2011 GIA Publications, Inc., Chicago
— I-to Loh

Salvador T. Martinez (b. Manilla, Phillippines, 1939) is a minister of the United Church of Christ in the Philippines. He served as a professor of religion and philosophy and as the dean of the College of Arts and Sciences of Silliman University, Dumaguete, the Philippines. He also served as the executive secretary of the Commission on Theological Concerns of the Christian Conference of Asia. He is presently an international associate of the Common Global Ministries Board of the United Church of Christ and the Christian Church (Disciples of Christ), serving in Chiang Mai, Thailand, as a professor of theology and ethics and the director of the international MDiv program of McGilvary Faculty of Theology, Payap University. Martinez is also a poet, amateur painter, and a musician.
I-to Loh, Hymnal Companion to “Sound the Bamboo”: Asian Hymns in Their Cultural and Liturgical Context, p. 462, ©2011 GIA Publications, Inc., Chicago
— I-to Loh

John Bell (b. 1949) was born in the Scottish town of Kilmarnock in Ayrshire, intending to be a music teacher when he felt the call to the ministry. But in frustration with his classes, he did volunteer work in a deprived neighborhood in London for a time and also served for two years as an associate pastor at the English Reformed Church in Amsterdam. After graduating he worked for five years as a youth pastor for the Church of Scotland, serving a large region that included about 500 churches. He then took a similar position with the Iona Community, and with his colleague Graham Maule, began to broaden the youth ministry to focus on renewal of the church’s worship. His approach soon turned to composing songs within the identifiable traditions of hymnody that found began to address concerns missing from the current Scottish hymnal:
I discovered that seldom did our hymns represent the plight of poor people to God. There was nothing that dealt with unemployment, nothing that dealt with living in a multicultural society and feeling disenfranchised. There was nothing about child abuse…, that reflected concern for the developing world, nothing that helped see ourselves as brothers and sisters to those who are suffering from poverty or persecution. [from an interview in Reformed Worship (March 1993)]
That concern not only led to writing many songs, but increasingly to introducing them internationally in many conferences, while also gathering songs from around the world. He was convener for the fourth edition of the Church of Scotland’s Church Hymnary (2005), a very different collection from the previous 1973 edition. His books, The Singing Thing and The Singing Thing Too, as well as the many collections of songs and worship resources produced by John Bell—some together with other members of the Iona Community’s “Wild Goose Resource Group,” are available in North America from GIA Publications.
— Emily Brink 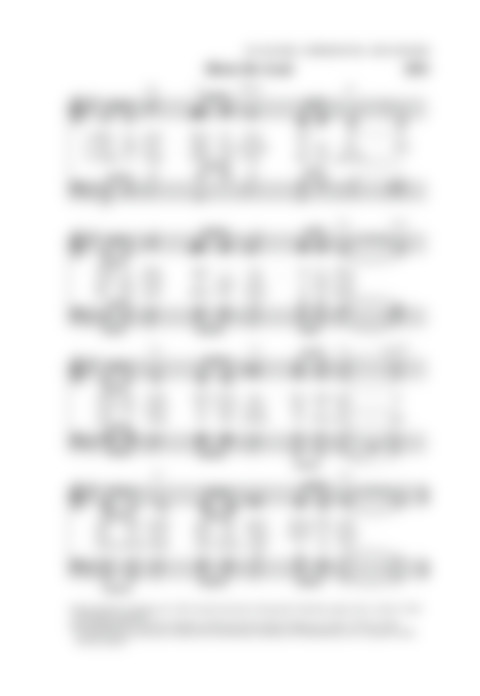