Any song or testimony about the cries that comes from our nations and cities must be met with confessional statements about the mission of the church as listed here.

Our World Belongs to God, paragraphs 41-43 are explicit and pointed about the mission of the church: “In a world estranged from God, where happiness and peace are offered in many names and millions face confusing choices, we witness—with respect for followers of other ways—to the only one in whose name salvation is found: Jesus Christ.”

Later, Our World Belongs to God, paragraphs 52-54 point to the task of the church in seeking public justice and functioning as a peacemaker: “We call on our governments to work for peace and to restore just relationships. We deplore the spread of weapons in our world and on our streets with the risks they bring and the horrors they threaten…”

Our Song of Hope, stanza 10 calls the church to seek “the welfare of the people” and to work “against inhuman oppression of humanity.”

LLANGLOFFAN is a Welsh carol or ballad tune, which appeared as a hymn tune in Llwybrau Moliant (The Paths of Praise). That collection of tunes for use by Baptists was edited by Lewis Jones and published in Wrexham in 1872. LLANGLOFFAN is named for a town in Glamorgan, Wales, at one time presumably the location of a church that honored St. Cloffan.
— Bert Polman
In 2011 I received a request from The Center for Christian Ethics at Baylor University, in Waco, Texas, to write a hymn text and complete worship service outline for their upcoming theme issue on prisons.  The hymn was published in the Winter 2012 issue of Christian Reflections: A Series in Faith and Ethics, their free quarterly journal based on different topics.  The request came during the time a close friend’s brother was in the Cook County Jail in Chicago, falsely accused of murdering his son.  He spent over three years there before his case finally came to trial and he was declared not guilty.  So I agreed to write a hymn for this issue, though I knew it would be sung primarily by Christians in worship services, not by prisoners.  I began in st. 1 with the conviction that prisoners are our neighbors, and we are called to love our neighbors as ourselves.  St. 2-4  speaks of “some” of our neighbors--but I never mention the word prisoners, because the “some” could be “us” or “them,”  and I wanted to place all of us in the need for prayer, on “both sides of the walls that shield us from each other.”  The last half of each verse is a prayer.  Then, like so many hymns, the final stanza looks forward to the coming of God’s kingdom in its fullness, where God will take away all sorrow, and set all things right.  I hope this hymn may, in some small way, help us pray for our neighbors in prisons.
— Emily Brink

Emily Ruth Brink (b. 1940, Grand Rapids, MI) graduated from Calvin College (BA in Music), the University of Michigan (MM in Church Music) and Northwestern University, Evanston, IL (PhD in Music Theory). She taught at Manhattan (Montana) Christian School (1964-1966), the State University of New York (New Paltz; 1966-1967), Trinity Christian College (Palos Heights, IL; 1967-1972), and the University of Illinois (Campaign/Urbana; 1974-1983), also serving as organist and choir director in both Episcopal and Christian Reformed churches in those areas.
In 1977 she was appointed to the Psalter Hymnal Revision Committee, and in 1983 moved to Grand Rapids in a change of careers to become the first music and worship editor of the Christian Reformed Church. She was the founding editor of Reformed Worship; editor of the Psalter Hymnal (1987), Songs for LiFE (1994), Sing! A New Creation (2001, 2002); co-editor with Bert Polman of The Psalter Hymnal Handbook (1998), and editor of many other worship-related publications. Since 1984 she has been an adjunct professor at Calvin Theological Seminary, directing the seminary choir in the first years, and introducing courses on church music and worship before being granted emeritus status in 2009.
Her ecumenical work began with the Hymn Society in the United States and Canada, becoming the first woman president (1990-1992); in 2006 she was named a Fellow of the society in recognition of distinguished services to hymnody and hymnology. She served in both local and national offices of the American Guild of Organists, and has been a member for more than twenty years of the Consultation on Common Texts, serving as chair from 2008 to 2014.
In 2002, she became a Senior Research Fellow at the Calvin Institute of Christian Worship, contributing to The Worship Sourcebook and other publications; serving as program chair of the annual Symposium on Worship; and helping to plan and participate in worship conferences in more than fifteen countries.
— Emily Brink 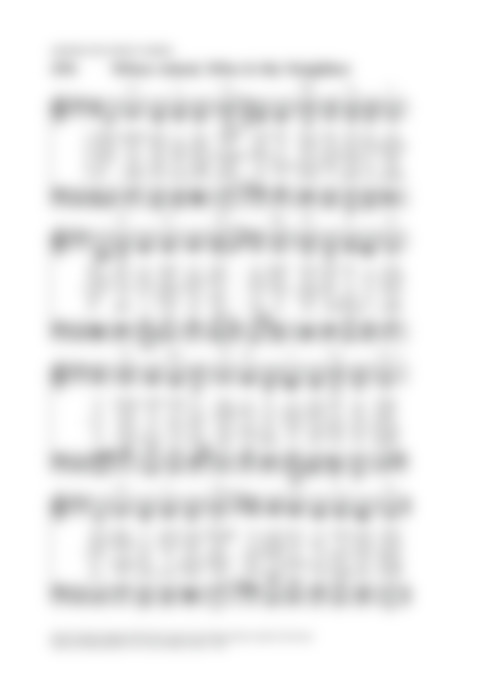