The call for God’s help in our daily living arises from those who are confident of his fatherly care; consider reading Belgic Confession, Article 13 and Heidelberg Catechism, Lord’s Day 9, Question and Answer 26.

Eternal God and author of salvation, no matter what each new day may bring,
keep our eyes focused on you and our hearts immersed in your Word
so that we will not fear our enemies but rather rejoice in your presence
and find peace in the promise of your love.
We ask this in Jesus’ name. Amen.
— Psalms for All Seasons (http://www.psalmsforallseasons.org)
382

Name
SHIELD ABOUT ME

This song, a setting of verse 3, may be used as a frame or as a refrain for the reading of the entire psalm. One possibility would be to sing the first half of the song before verse 1 after verse 4 and then to sing it in its entirety (with the “hallelujahs”) after verse 8. Keyboard or guitar should vamp softly under the reading.
— Psalms for All Seasons (http://www.psalmsforallseasons.org)
382

Gospel singer, musician, composer, missionary, and ordained minister Donn Thomas was born again at the age of nine when doctors diagnosed him with a terminal case of spinal meningitis. Lifted by his mom's prayers, Thomas heard the Lord calling him to the ministry, he answered and fully recovered. His best friend, LaVoughn, provided encouragement during down periods. He married LaVoughn, a childhood friend and sweetheart in 1972.
He always wanted to record the music in his head, and a chance meeting with David Diggs fulfilled the dream. Thomas had written songs and produced demos, but Diggs elevated the process and secured him a deal with Myrrh Records.
Diggs produced Thomas' two Myrrh albums: Live Wires and You're the One…Diggs tried to break Thomas into the mainstream; he produced, arranged, played keyboards, and collaborated with Thomas on some songs. He used some of Los Angeles' best musicians—Dave Boruff, Paul Jackson Jr., Ed Greene, Jim Keltner, the Seawind Horns, and others—to accompany Thomas. Sales didn't meet their expectations, but Thomas kept recording for a variety of labels; his releases include Urban Hope and Real People. He became a member of the Promise Keepers worship team, and appeared at concerts and religious gatherings such as the Promise Keepers in Memphis, TN, in 1996 and Congress on the Urban Family in Atlanta, GA, in 1977. An ordained minister (Church of God in Christ), Thomas and LoVoughn lived in Stone Mountain, GA, where he continued to perform concerts with his crew, the Praise Band.
— All Music.com (Donn Thomas) (http://www.allmusic.com/artist/donn-thomas-mn0000987792/biography)
Charles D. Williams is a native of Kansas City, Kansas. Williams has played piano for over 40 years. He studied under Mr. Leon Brady at Sumner High School and supplemented this training with musical studies under the tutelage of the late Reginald Buckner. Williams was a member of the award-winning Sumner Jazz Band that also attended the Paris International Jazz festival in Paris France in 1972, and was auspiciously judged to be “the best High School Band in the World.”

As a trombonist, Williams also had the pleasure of participating in the Turner House Jazz series in the 70′s—having opportunity to play with such great jazz artist as: Dizzy Gillespie, Max Roach, Roy Ayers, Cannonball and Nat Adderley, Frank Wess, Clark Terry, Ernie Wilkins, Rich Matteson, and many more.

As a pianist, Williams has accompanied many legendary artist such as: Sonny Kenner, Claude “Fiddler” Williams, Queen Bey, Angela Hagenbach, Sharon Thompson, The McFadden Brothers, Bobby Watson, Dr. Wayne Goins (Jazz Director at KSU), Richard Ross, and many more. He toured in Brazil in 1998, where he accompanied jazz singer Queen Bey and the internationally acclaimed jazz saxophonist, Arthur Blythe; served as the accompanist musician for the KC Boys Choir from 1997-2000; and, was a featured artist for the 2004 and 2005 Swing Series Concert seasons at the Manhattan Arts Center in Manhattan KS. Recently, he was featured at Kansas City’s Rhythm and Ribs Jazz Festival in 2006.

As a Gospel Artist and Minister of Music for several local churches in the greater Kansas City area, his work over the years includes serving as Musical Director for the gospel group, “Blessed Through Christ” under the leadership of Mr. Randall Fears. And, in 2003 the Women of Worship GMWA Choir of Tampa, Florida chose to feature one of his original composition works titled: “JESUS, WE GIVE YOU THE PRAISE” at The 36th Annual National Convention of the Gospel Music Workshop of America, Inc.

Today, Williams performs with his own ensembles; while also serving as the pianist for both, the Louis Neal Orchestra (Louis Neal, director) and The Kansas City Jazz Orchestra (Jim Mair, director); and, he also performs regularly as keyboardist with widely renowned singer, Ida McBeth. In the supplemental areas of music education, community service and artistic outreach, Williams has established a Keyboard Academy where he teaches students to play keyboard during various weekly music instruction programs.
— Charles Williams (http://www.charleswilliamspiano.com/bio) 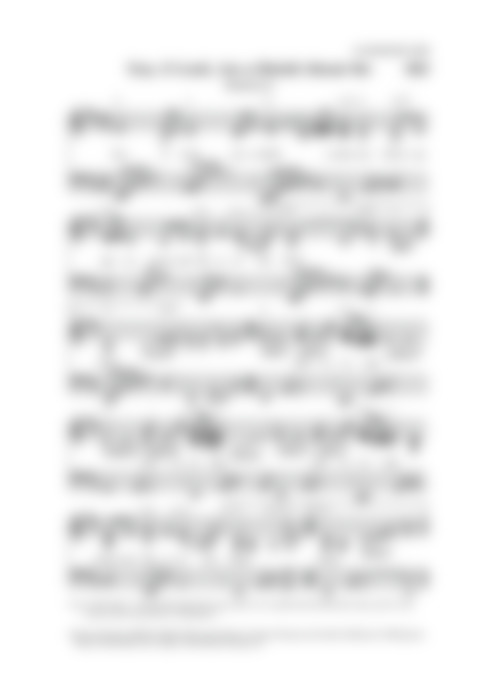