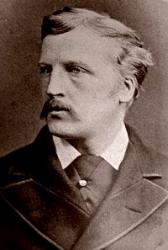 For other persons of the same name, see John Campbell (disambiguation) or Duke of Argyll. John George Edward Henry Douglas Sutherland Campbell, 9th Duke of Argyll, KG KT GCMG GCVO VD PC (6 August 1845 – 2 May 1914), usually better known by the courtesy title Marquess of Lorne, by which he was known between 1847 and 1900, was a British nobleman and was the fourth Governor General of Canada from 1878 to 1883. He is now remembered primarily for the place names bestowed on Canadian geography in honour of his wife and for his metrical paraphrase of Psalm 121, "Unto the hills around do I lift up".
Wikipedia Biography
TextsTunesHymnals