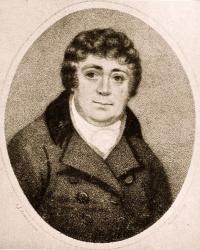 Samuel Arnold (10 August 1740 – 22 October 1802) was an English composer and organist. Arnold was born in London (his mother is said to have been Princess Amelia; his father was Thomas Arnold), and began writing music for the theatre in about 1764. A few years later he became director of music at the Marylebone Gardens, for which much of his popular music was written. In 1777 he went to work for George Colman the Elder at the Little Theatre, Haymarket. In 1783 he became organist at the Chapel Royal, and in 1793 he became organist at Westminster Abbey, where he was eventually buried.
Wikipedia Biography
TextsTunesHymnals