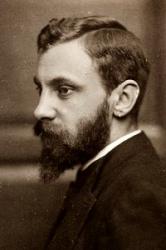 Beeching, Henry Charles, D. LITT., son of J. P. G. Beeching, of Bexhill, Sussex, was born May 15, 1859, and educated at the City of London School, and Ball. College Oxford: B.A. 1883; M.A. 1887; D.LITT. Durham, 1903. After holding several important appointments, including Chaplain of Lincoln's Inn, Prof, of Past, and Liturgical Theology, K.C.L., Clark Lecturer in English Literature at Trinity College, Cambridge, &c, he became in 1902 Canon of Westminster and in 1904 Preacher at Lincoln's Inn. His published works are: In a Garden, and other Poems, 1895; A Paradise of English Poetry, 1892; Lyra Sacra, 1894; and many others. For his translation of the seven greater Advent Antiphons. His Children's Hymn, “God Who created me," appeared in his In a Garden and other Poems, 1895.