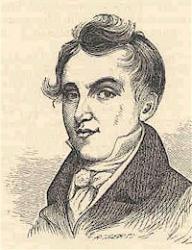 Brainard, John Gardiner Calkins, born at New London, Connecticut, 1791, and died at Hartford, in 1823. He was educated at Yale College, and for some time practised law at Middleton, Connecticut. He also edited a paper at Hartford. His Poems appeared in 1825, 1832, and 1842. The hymn by which he is best known:—"To Thee, O God, the Shepherd Kings," was published in the Congregational Psalms and Hymns for Christian use and Worship, prepared, &c, by the General Association of Connecticut, 1845, No. 645, in 6 stanzas of 4 lines, and headed "An agricultural hymn." [Rev. F. M. Bird, M.A.]