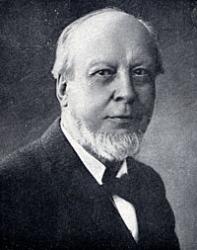 Dudley Buck (March 10, 1839 – October 6, 1909) was an American composer, organist, and writer on music. He published several books, most notably the Dictionary of Musical Terms and Influence of the Organ in History, which was published in New York City in 1882. He is best known today for his organ composition, Concert Variations on the Star-Spangled Banner, Op. 23, which was later arranged into an orchestral version.
Wikipedia Biography
TextsTunesHymnals