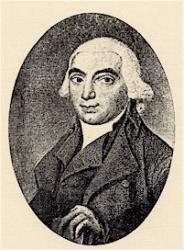 Burnham, Richard, b. 1749, d. 1810, was for many years pastor of a Baptist Church in London, first in Little Chapel Street, and afterwards in Grafton Street, Soho. He is said to have been an excellent preacher. His hymns, 452 in all, were published as follows:—

Richard Burnham (1749? – 30 October 1810) was an English Christian minister and hymn-writer. He was a Wesleyan in High Wycombe and was a Baptist minister in Staines. He was London from 1780 until his death.
Wikipedia Biography
TextsTunesHymnals