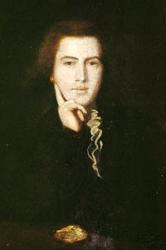 Drennan, William, M.D., b. at Belfast, May 23, 1754, and educated at Glasgow, where he graduated M.A. in 1771, and M.D. 1778. He subsequently practised at Belfast. He died Feb. 5, 1820. In 1815 he published Fugitive Pieces in Prose and Verse, Belfast, 1815; and his Poems were collected and published with a Memoir by his sons in 1859. Of his poems six are grouped under the heading of "Religious Poems." Seven hymns, including five of these "Religious Poems," were contributed to Aspland's Unitarian Selection, 1810; but in the 1859 Poems and Memoir most of them are in a longer form.

As most of these are still in common use amongst the Unitarians in Great Britain and America, we subjoin the list of first lines:—
1. All nature feels attractive power. Law of Love.
2. Bless’d who with generous pity glows. Charity.
3. Humanity! thou sent of God. Faith, Hope, Charity.
4. In this fair globe, with ocean bound. Love of God.
5. O sweeter than the fragrant flower. Being Good.
6. The heaven of heavens cannot contain. Divine Worship.
7. The husbandman goes forth afield. Fruits of Benevolence. [William T. Brooke]

William Drennan (1754 – 5 February 1820), a physician, poet and political radical, was one of the chief architects of the Society of United Irishmen. He is known as the first to refer in print to Ireland as "the emerald isle" in his poem "When Erin first rose".
Wikipedia Biography
TextsTunesHymnals