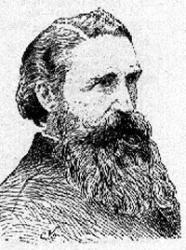 Gurney, Archer Thompson, was born in 1820, and educated for the legal profession. He was called to the Bar at the Middle Temple, but in 1849 he entered Holy Orders. He held several appointments, including the Curacy of Buckingham, 1854-58; the Chaplaincy of the Court Church, Paris, 1858-71, and other charges. He died at Bath, March 21, 1887. His published works include:—
Spring, 1853; Songs of the Present, 1854; The Ode of Peace, 1855; Songs of Early Summer, 1856; and A Book of Praise, 1862.
To the Book of Praise he contributed 147 hymns. Very few of these are known beyond his own collection. He is widely known through his Easter hymn “Christ is risen, Christ is risen." His "Memory of the blest departed" (SS. Philip and James) is in the People's Hymnal, 1867.