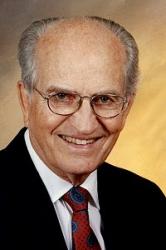 Hooper sang baritone with the King’s Quartet group for 18 years, and arranged and composed music for the group for 33 years. He taught music at the Portland (Oregon) Academy and Union College, Lincoln, Nebraska; served as musical director of the Voice of Prophecy broadcast; directed development and marketing for Hosanna House; did arranging and orchestration for Chapel Records; was musical co-editor of the 1985 Seventh-day Adventist hymnal; and co-authored the Companion to the SDA Hymnal. Andrews and La Sierra Universities awarded honorary doctor of music degrees to him.