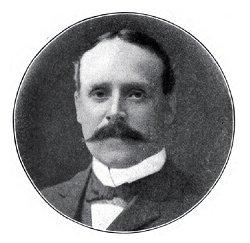 Marks’ father (who had the same name) was organist and choir master at the Cork Cathedral for 43 years. James studied music under his father; his uncle, T. Osborne Marks, organist of Armagh Cathedral; and with Professor R. P. Stewart of Trinity College, Dublin. He received vocal training from Sims Reeves, whose special accompanist he was during Reeves’ final farewell tour in Ireland. Marks was organist and choir master at St. Luke’s Episcopal Church in Cork (1881-1902). In 1902, he emigrated to America and became the organist at St. Andrew’s Church in Pittsburgh, Pennsylvania. In 1904, he became organist and choir director at the Church of the Heavenly Rest in New York, where he served until 1929.

Marks received a Doctor of Music degree from New York University in 1908, served as president of the National Association of Organists in 1912 and 1913, and was an Associate of the American Guild of Organists.

He wrote the cantata Victory Divine, the anthem The Day Is Past and Over (1888), and many other pieces.