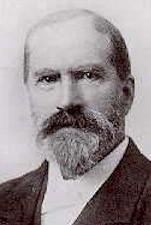 Canon Hardwicke Drummond Rawnsley (29 September 1851 – 28 May 1920), was a Church of England clergyman, poet, hymn writer, local politician, and conservationist. He was also one of the founders of the National Trust. Living in the English Lake District for more than thirty years, he worked for the protection of the countryside and secured the support of people of influence for his campaigns.
Wikipedia Biography
TextsTunesHymnals