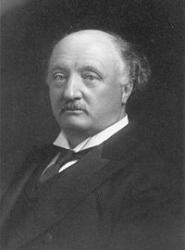 Sir John Stainer (6 June 1840 – 31 March 1901) was an English composer and organist whose music, though seldom performed today (with the possible exception of The Crucifixion, still heard at Passiontide in some churches of the Anglican Communion), was very popular during his lifetime. His work as choir trainer and organist set standards for Anglican church music that are still influential. He was also active as an academic, becoming Heather Professor of Music at Oxford.
Wikipedia Biography
TextsTunesHymnals