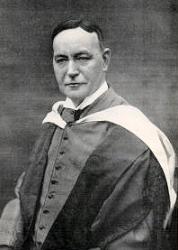 Terry, Richard R., was born at Morpeth, Jan. 3, 1868, and was Tate Choral Scholar at King's College, Cambridge. In 1896 he became organist and music-master at Downside R. C. College and Abbey, Bath; and in 1901 organist and director of the choir at Westminster Cathedral (R. C.) London. He contributed to A. E. Tozer's Catholic Hymns, 1898, thirteen tunes and the words of two hymns:—
1. Christ, the Lord, is my true Shepherd. Ps. xxiii.
2. Peaceful eve, so still and holy. Christmas Carol. It is marked as D. C. B., i.e. for Downside Coll., Bath.
The tune by Mr. Tozor was published in 1881 to a carol beginning with the same first line, but otherwise entirely different.