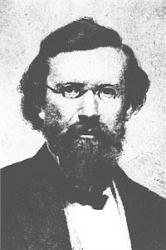 Webster composed and performed popular music. He studied with Lowell Mason and was active musically in New York, New Jersey and Connecticut, and directed a quartet company called the Euterpeans. In 1851, he moved to Madison, Indiana, followed by Chicago, Illinois (1855); Racine, Wisconsin (1856); and finally Elkhorn, Wisconsin (1859).

Webster wrote over a thousand ballads and many hymns. His most famous secular song was his 1857 Lorena (words by Henry D. L. Webster). In its day, it was said to have been second in popularity only to Stephen Foster’s Suwanee River, and was sung by thousands of soldiers on both sides of the American civil war. An instrumental version appears in the 1939 film Gone with the Wind, when Scarlett O’Hara is manning the stall at the charity dance in her mourning outfit. The tune also made an appearance in two John Ford films: The Searchers, 1956, arranged by Max Steiner, and The Horse Soldiers, 1959, arranged by David Buttolph.

Joseph Philbrick Webster, also known as J.P. Webster (February 18, 1819 – January 18, 1875), was an American songwriter and composer most notable for his musical compositions during the Antebellum and American Civil War periods of United States history, and his post-war hymns.
Wikipedia Biography
TextsTunesHymnals