A mourning class, a vacant seat 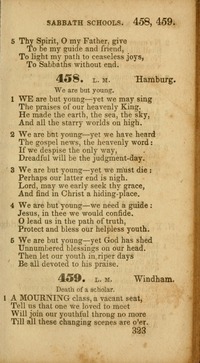 A mourning class, a vacant seat

A mourning class, a vacant seat. [Death of a Scholar.] Appeared anonymously in the American Union Hymns, Philadelphia Sunday School Union, 1835, No. 285, in 5 stanzas of 4 lines, and headed "Death of a Scholar." It has been repeated in later editions of the Union Hymns, and is in extensive use in America. In Great Britain, it has been adopted by a few Sunday School hymn-books only. Original text, Methodist Free Church Sunday School Hymn Book, 1869, No. 358, with "the" for "his" in stanza ii., line 2. [William T. Brooke] 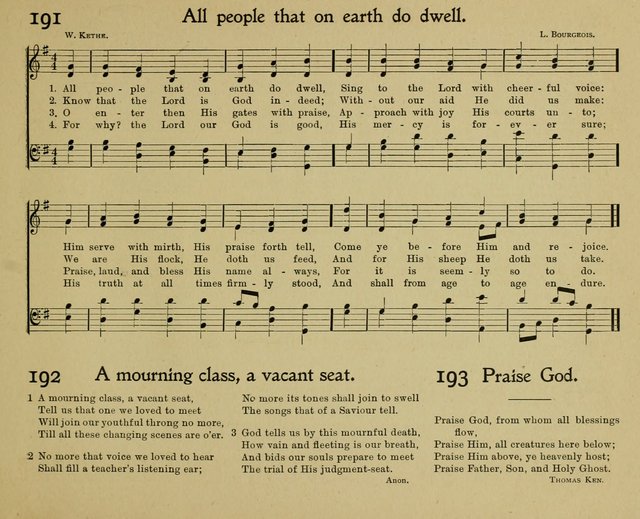 A Collection of Hymns, for the use of the Wesleyan Methodist Connection of America. #574

Hosanna for the Sunday School #192

Hymns for Schools and Families #d3

Hymns for Schools and Families, Specailly Designed for the Children of the Church #259

Hymns for the Use of the Methodist Episcopal Church. Rev. ed. #S70

Hymns for Youth, Suitable to be Used in Sabbath and Parochial Schools #283

Manual of Devotion and Selection of Hymns for ... Girard College for Orphans #d5

Sabbath School and Social Hymns of the Reformed Protestant Dutch Church of the U.S.A. #d4

The Sabbath School Timbrel ... On the Same Notation as "The Timbrel of Zion" #d3

The Young Chorister; a collection of new and beautiful tunes, adapted to the use of Sabbath schools, from some of the most distinguished composers; together with many of the author's own compositions #36a

The Young People's Chorister #271b