A place where wickedness abound 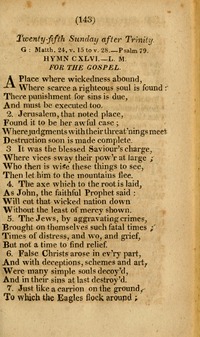 A place where wickedness abound

1 A Place where wickedness abound,
Where scarce a righteous soul is found:
There punishment for sins is due,
And must be executed too.


2 Jerusalem, that noted place,
Found it to be her awful case;
Where judgments with their threat'nings meet
Destruction soon is made complete.


3 It was the blessed Saviour's charge,
Where vices sway their pow'r at large;
Who then is wise these things to see,
Then let him to the mountains flee.


4 The axe which to the root is laid,
As John, the faithful Prophet said:
Will cut that wicked nation down
without the least of mercy shown.


5 The Jews, be aggravating crimes,
Brought on them selves such fatal times;
Times of distress, and wo, and grief,
But not a time to find relief.


6 False Christs arose in ev'ry part,
And with deceptions, schemes and art,
Were many simple souls decoy'd,
And in their sins at last destroy'd.


7 Just like a carrion on the ground,
To which the Eagles flock around;
The doctrine of such teachers are,
To silly souls a trap and snare.


8 Their doctrine would have that effect,
As to deceive the Lord's elect!
Was not their hope in Jesus stay'd,
And thus upheld by heav'nly aid.


9 What evil sin on earth can do,
From this sad passage we may know;
Lord! make us wise to meditate,
And flee before it be too late.


Source: Church Hymn Book: consisting of newly composed hymns with the addition of hymns and psalms, from other authors, carefully adapted for the use of public worship, and many other occasions (1st ed.) #CXLVI 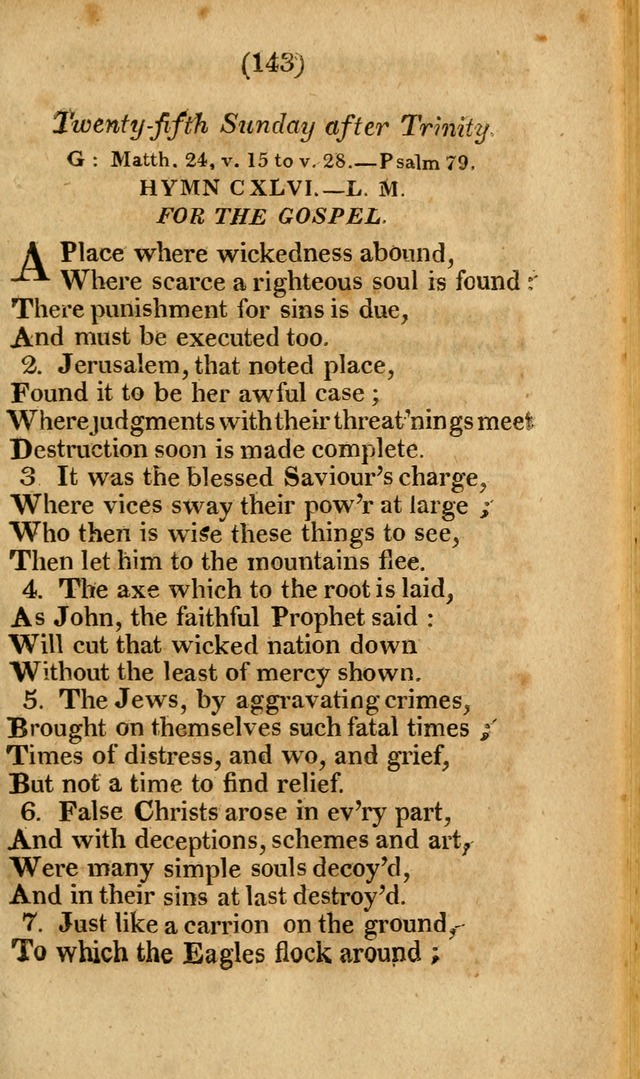 View Page
Church Hymn Book: consisting of newly composed hymns with the addition of hymns and psalms, from other authors, carefully adapted for the use of public worship, and many other occasions (1st ed.) (1816), p.162
^ top