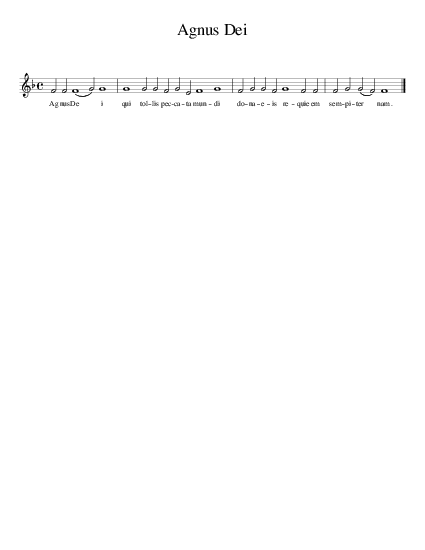 Translations in common use:—
0 Lamb of God, that takest away, &c. By G. Moultrie. This metrical arrangement of the Agnus Dei was first published in the Church Times, July 23, 1864, and his Hymns and Lyrics, 1867, p. 118, in 3 stanzas of 5 lines, and in 1872 was transferred to the Hymnary, with slight alterations in the last stanza.

[Lamb of God, you take away the sins of the world] (XVIII) 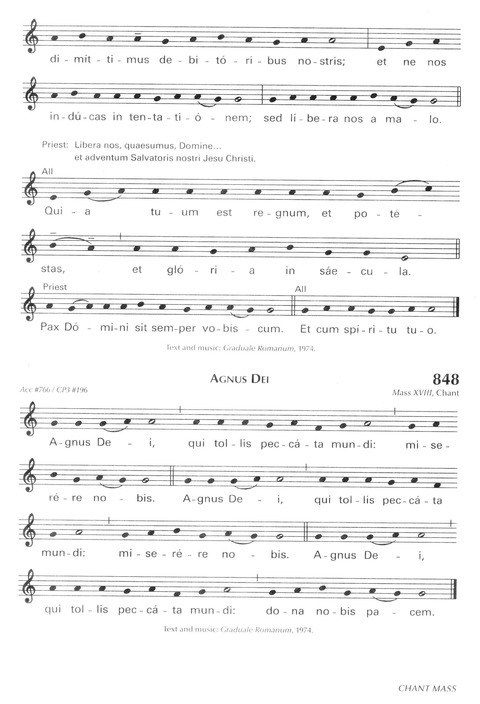