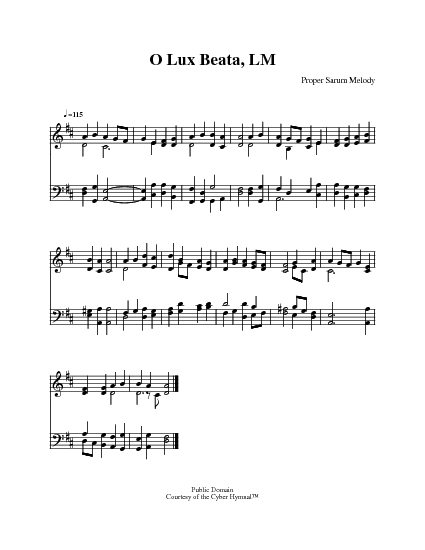 1 All hail, adored Trinity!
All hail, eternal Unity!
O God the Father, God the Son,
And God the Spirit, ever One.


2 Three persons praise we evermore,
One only God our hearts adore:
In thy sure mercy, ever kind,
May we your strong protection find.


3 O Trinity! O Unity!
Be present as we worship thee;
And with the songs that angels' sing
Unite the hymns of praise we bring.

Chambers, John David, M.A., F.S.A., son of Captain Chambers of the R. N., was born in London in 1805, and educated at Oriel College, Oxford, graduating with honours, in 1827 (M.A. 1831). He was called to the Bar by the Inner Temple in 1831. In 1842 he published an elaborate treatise on the Jurisdiction of the Court of Chancery over the persons and property of Infants, and was appointed Recorder of New Sarum the same year. At Salisbury his attention was specially attracted to the Liturgical and other Ecclesiastical lore appertaining to the Cathedral, and to St. Osmund, its Bishop, 1078. St. Osmund compiled from different sources a series of Divine Offices, and Rules for their celebration within his diocese. These Rules were in two parts, t… Go to person page >
^ top

All tunes published with 'All Hail, Adored Trinity'^ top 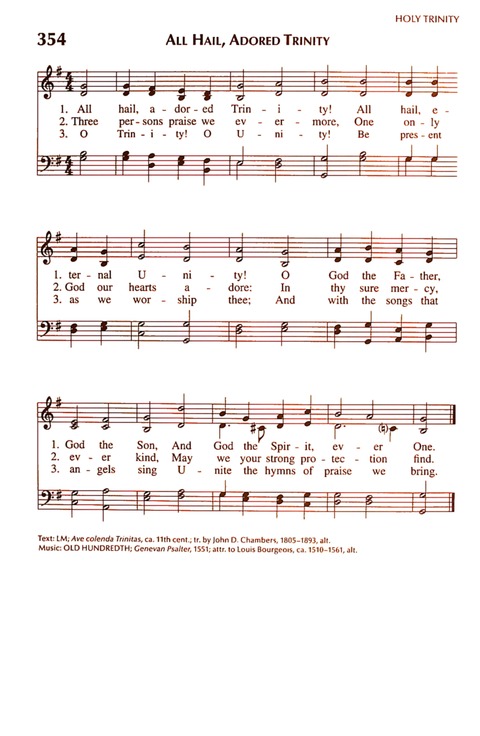