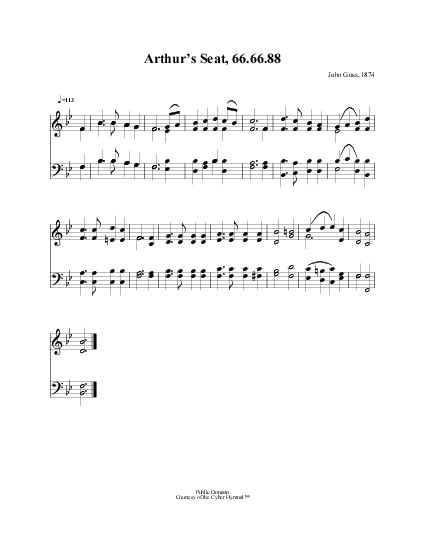 1 All hail, incarnate God!
The wond'rous things foretold
Of thee in sacred writ,
With joy our eyes behold:
Still does thine arm new trophies wear,
And monuments of glory rear.


2 To thee the hoary head
Its silver honours pays;
To thee the blooming youth
Devotes his brightest days:
And ev'ry age their tribute bring,
And bow to thee, all conqu'ring King!


3 O haste, victorious Prince,
That happy, glorious day,
When souls like drops of dew
Shall own thy gentle sway:
O may it bless our longing eyes,
And bear our shouts beyond the skies.


4 All hail, triumphant Lord!
Eternal be thy reign;
Behold the nations sue
To wear thy gentle chain:
When earth and time are known no more,
Thy throne shall stand forever sure.

Source: Psalms, Hymns and Spiritual Songs: selected and original, designed for the use of the Church Universal in public and private devotion #LXI

Scott, Elizabeth, daughter of the Rev. Thomas Scott, Independent Minister at Norwich, and sister of Thomas Scott, noted below, was born at Norwich about 1708. In 1751 she was married to Elisha Williams, who had been from 1726 to 1739 Rector of Yale College, U.S.A., and with him she proceeded to Connecticut. On the death of Mr. Williams she was married to the Hon. William Smith, of New York, who also predeceased her. She died at Wethersfield, Connecticut, June 13th, 1776. In connection with Miss Scott's hymns we are acquainted directly and indirectly with four manuscripts, each of which is interesting in itself. These are as follows:— i. The first manuscript is in the library of Yale College, New Haven, Connecticut. Mr. Franklin Bowditch… Go to person page >
^ top

All hail, Incarnate God. Elizabeth Scott. [Glory of Christ's Kingdom.] Contributed, under the signature of “S", to Ash and Evans's Baptist Collection of Hymns, 1769, No. 358, in 4 stanzas of 6 lines, and headed “The increasing Glory and Perpetuity of the Messiah's Kingdom." In 1787, on its republication in Rippon's Baptist Selection No. 430, to the st. ii. which reads :—

"To Thee the hoary head
Its silver honors pays;
To Thee the blooming youth
Devotes his brightest days;
And every age their tribute bring
And bow to Thee, all-conquering King"—

this note was added :—

"Composed on seeing an aged saint and a youth taken into church communion together."

In modern collections it is almost entirely confined to those of the Baptists and Congregationalists. It was introduced into the American hymnals through Staughton's edition of Rippon, 1813. Orig. text in Baptist Psalms and Hymns, 1858, No. 199. [William T. Brooke]

All tunes published with 'Kingdom of Christ'^ top 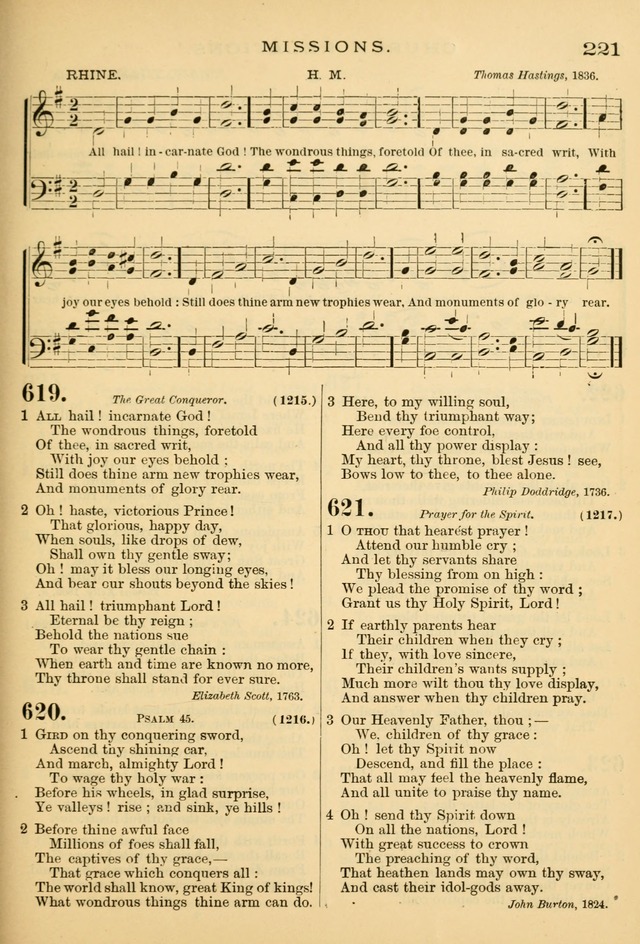