Put your trust in Jesus

All the world is filled with sorrow 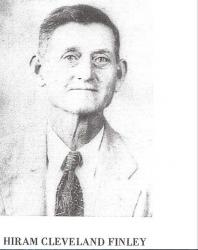 H. C. (Hiram Cleveland) Finley was born in Sharp County, Arkansas April 2, 1884. his parents were Stephen and Mary Amelia Moody Finley. In 1909 he was married to Lucy Edna Mason, daughter of a music teacher. To them were born six children. He preached and taught singing schools in several states for more than 40 years. He has had songs published in several books. His most popular song is "There's Only One Way." Other songs are "No Wonder You're Sad," "Sinner, Put Your Trust in Jesus," and Glory and Honor Be To Christ." He died February 17, 1970. His wife died June 26, 1976. Rhonda McDonald, great grand-daughter (email) Go to person page >
^ top

Grace and Glory for Singing Schools and Conventions #d5

Display Title: Put your trust in Jesus First Line: All the world is filled with sorrow Author: H. C. Finley Date: 1948
Grace and Glory for Singing Schools and Conventions #d5
All instances^ top
Suggestions or corrections? Contact us