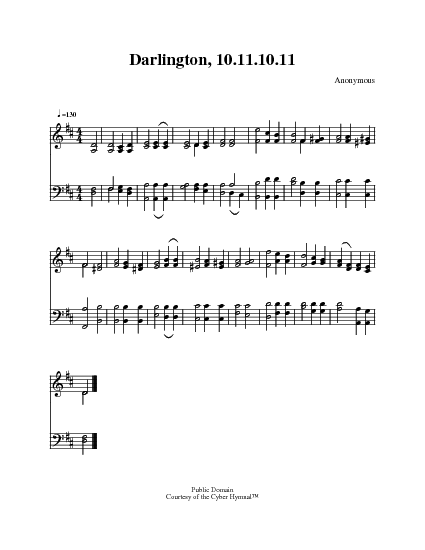 All ye that pass by

1 All ye that pass by,
To Jesus draw nigh:
To you it is nothing that Jesus should die?
Your ransom and peace,
Your surety He is;
Come, see if there ever was sorrow like His.


2 He dies to atone
For sins not His own;
Your debt He hath paid, and your work He hath done.
Ye all may receive
The peace He did leave,
Who made intercession, "My Father, forgive!"


3 For you and for me,
He prayed on the tree;
The prayer is accepted, the sinner is free.
That sinner am I,
Who on Jesus rely,
And come for the pardon God cannot deny.


4 My pardon I claim,
A sinner I am,--
A sinner believing in Jesus Christ's name.
He purchased the grace
Which now I embrace:
O Father, Thou know'st he hath died in my place.


Source: Book of Worship with Hymns and Tunes #374

All ye that pass by. C. Wesley. [Invitation.] This “Invitation to Sinners " appeared in the Hymns and Sacred Poems, 1741), vol. i., No. xlii., in 7 stanzas of 6 lines. In 1760 it was included, with the omission of st. iv., in M. Madan's Psalms & Hymns, No. xxi.; again in the collections of De Courcy, B. Conyers, and others in the Church of England; Williams and Boden, and others amongst the Congregationalists; and in the collections of various denominations: but not until the publication of the Supplement to the Wesleyan Hymn Book in 1830 was it added to that work, and thereby officially recognised by the Wesleyan Conference. It is retained in the revised ed. of the Wesleyan Hymn Book, 1875, and is in extensive use in Great Britain and America. Original text in Poetical Works, 1868-72, vol. iv. p. 371. 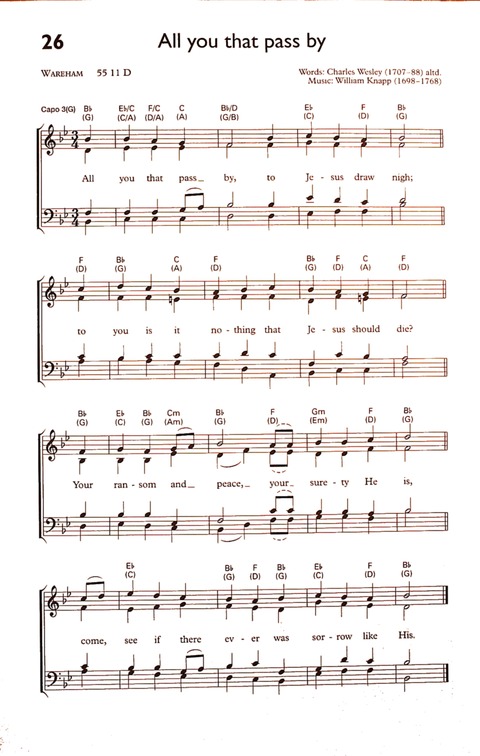