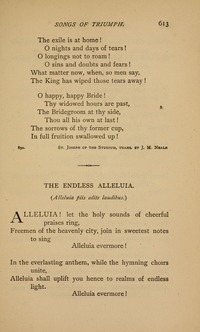 Alleluia piis edite laudibus. This anonymous hymn, Mone, 1853, i. p. 87, assigns to the 5th century, on the ground that it was included in the Mozarabic Breviary, in which no hymns were admitted which arc of later date than the 8th century, and that the shortened strophe indicated that date. He gives the text from a Munich manuscript of the 10th century, and adds numerous readings and a few notes.
The text is also in the Hymnarium Sarisburiense, London, 1851, pp. 60,61, where it is given as the hymn at Matins on Septuagesima Sunday and through the week, and as from a manuscript (date 1064), formerly belonging to Worcester Cathedral; which manuscript professes to contain Ambrosian Hymns for the different Hours, according to the Constitutions of our Father Benedict, and to have St. Oswald as its compiler. [Rev. W. A. Shoults, M. A.] 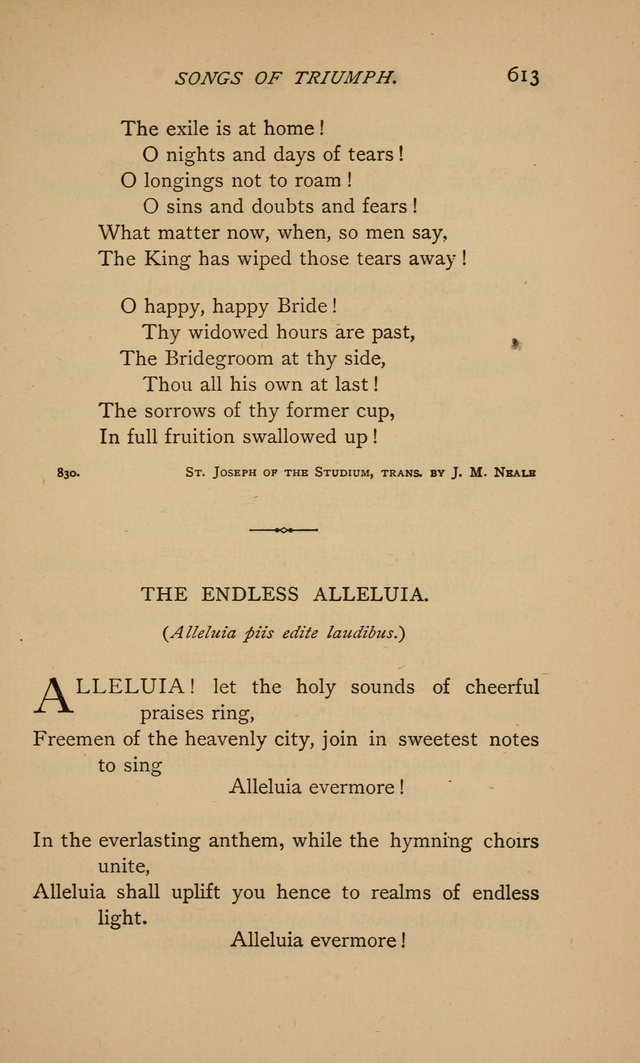