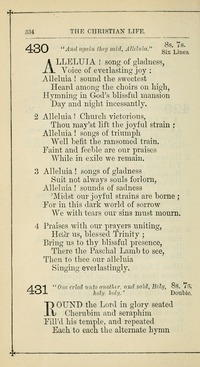 
2 Alleluia! Church victorious,
Thou may'st lift the joyful strain:
Alleluia! Songs of triumph
Well befit the ransomed train.
Faint and feeble are our praises
While in exile we remain.


3 Alleluia! Songs of gladness
Suit not always souls forlorn;
Alleluia! Sounds of sadness
'Midst our joyful strains are borne;
For in this dark world of sorrow
We with tears our sins must mourn.


4 Praises with our prayers uniting,
Hear us, blessèd Trinity;
Bring us to Thy blissful presence,
There the Paschal Lamb to see,
There to Thee our Alleluia
Singing everlastingly.

Translations in common use:—
1. Alleluia! best and sweetest. Of the hymns of praise above. By J. Chandler, first published in his Hymns of the Primitive Church, 1837, No. 59, in 4 stanzas of 6 lines, as the first of two renderings of the hymn. This tr. is found in a great number of collections with the first two lines complete, but usually with a few alterations in the rest of the hymn.

5. Alleluia! song of gladness, Voice of everlasting joy. This translation appeared in Cooke and Denton's Hymnal, 1853, No. 44. It is based upon Chandler; but it has so much in it that is new, that practically it is a fresh translation. In 1857 it was included in the Winchester Church Hymn Book, No. 247, and subsequently in Barry; Snepp's Songs of Grace & Glory; Hymnal Companion; the Stoke Hymn Book, and others. It is also given, but somewhat altered in the Parish Hymn Book; the R.T.S.'s Hymns No. 337; and the New Congregational Hymn Book, No. 725. In some of these it is ascribed to Dr. Neale in error.

All tunes published with 'Alleluia, song of gladness, Voice of everlasting joy'^ top 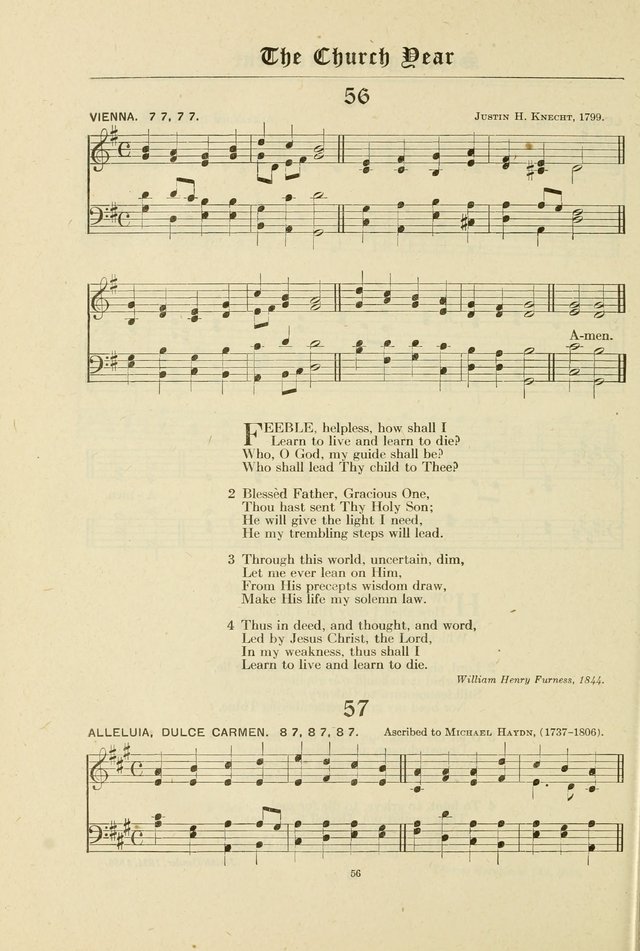