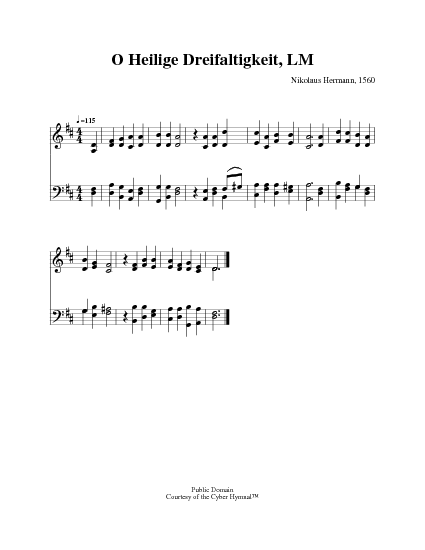 1 Almighty Father, heav'n and earth
With lavish wealth before Thee bow;
Those treasures owe to Thee their birth,
Creator, Ruler, Giver, Thou.


2 The wealth of earth, of sky, of sea,
The gold, the silver, sparkling gem,
The waving corn, the bending tree,
Are Thine; to us Thou lendest them.


3 To Thee, as early morning's dew,
Our praises, alms, and prayers shall rise
As rose, when joyous earth was new,
Faith's patriarchal sacrifice.


4 We, Lord, would lay, at Thy behest
The costliest off'rings on Thy shrine;
But when we give, and give our best,
We give Thee only what is Thine.

Almighty Father, heaven and earth. E. A. Dayman. [Offertory.] First published in the Sarum Hymnal, 1868, No. 292, and appointed as an "Offertory Hymn." Together with 2 stanzas as a "General Heading," and 2 stanzas as a "General Ending," it embodies two parts of 4 stanzas of 4 lines, and a doxology. In the Hymnary, 1872, No, 522, it assumed the form of a single hymn, embracing the "General Heading," "Part i.," the first stanza of the "General Ending," and the doxology, thus omitting one stanza of the latter, and the whole of pt. 2. Some slight alterations are also introduced therein.

All tunes published with 'Almighty Father, Heaven and Earth'^ top 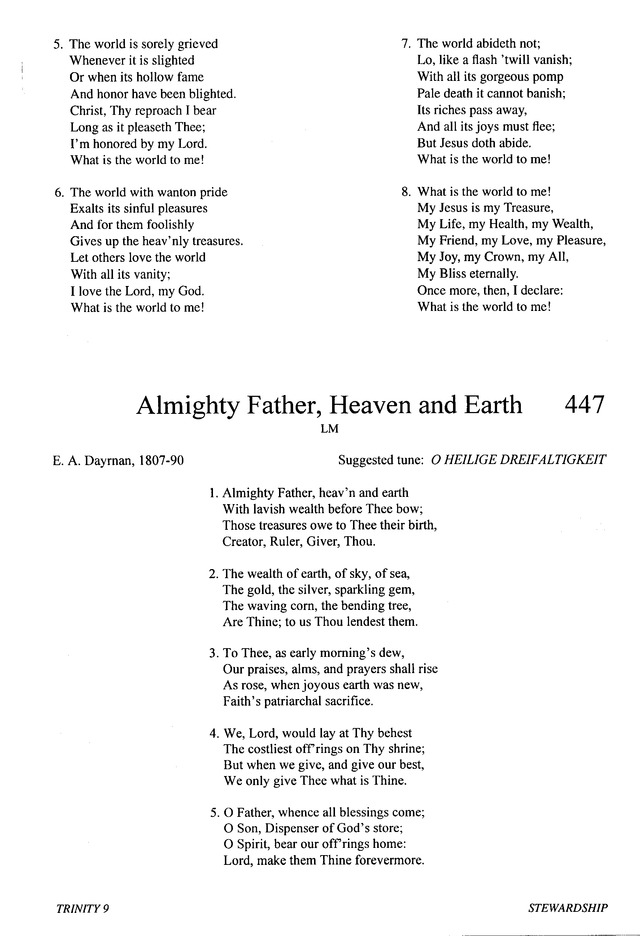